Liam finds himself in an impossible situation in these spoilers from THE BOLD & THE BEAUTIFUL as he once again finds himself torn between two women. Meanwhile, Hope gets the third degree from her mom and Ridge. This could get very ugly!

Worried that Hope was once again sinking her claws into Liam, Steffy rushed to her husband’s hotel room to beg him to come back to her. But having shared kisses with Hope and contemplated cutting the drama with Steffy and Bill out of his life, Liam may not be interested in going home. Also, the poor guy is still overwhelmed with guilt over shooting his father and worries he has a dark violent side he wasn’t aware of. “As much as my father hates Bill, he would never try to kill him,” Steffy remarks. “He’s not a monster.” Will Liam confess to Steffy that he is the monster in question? Or might he keep that under wraps and instead reveal that he’s kissed Hope? Or will he stay silent about everything? 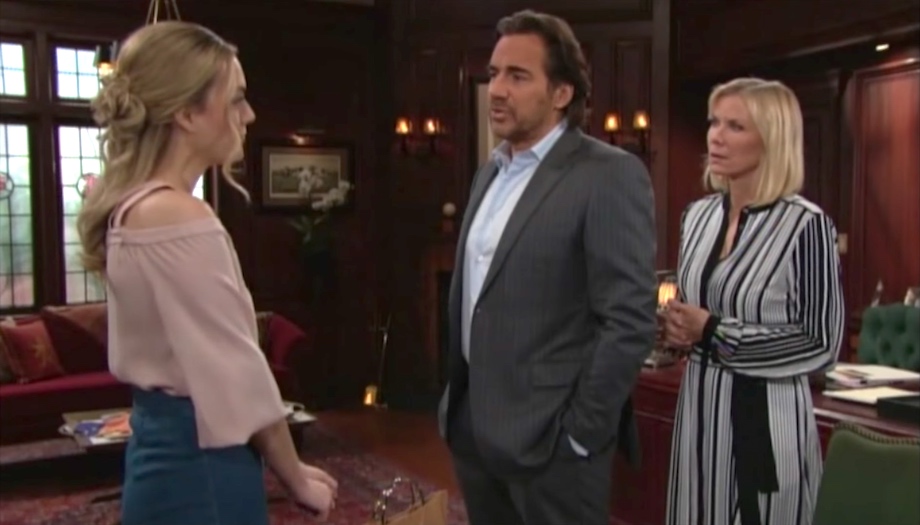 Leaving Steffy with Liam, Hope returns to Forrester where Brooke suspects she knows exactly what her daughter was up to. “Steffy thought you might be with Liam,” Brooke asks casually. “Was she right?” And when the conversation turns to Bill retracting his accusation of attempted murder against Ridge, Hope finds herself in a tight spot. “Bill knows I didn’t shoot him,” Ridge insists. Hope smiles tightly as she responds: “Yes. Bill knows you weren’t the shooter.” Will she keep Liam’s secret?

Fans Fear This Is the End of Liam on B&B