It’s the moment of truth in these spoilers from THE BOLD & THE BEAUTIFUL! Liam joins the Spectra gang for the sit-in, but will Bill still go through with the demolition even with them in the building? Steffy and Wyatt are terrified he just might!

Sally, Shirley, Saul, and Darla are all still inside the Spectra building when Liam joins them in the hopes of preventing Bill from going through with destroying the structure. “This is your legacy,” Liam reminds the group. “This is your history. And I’ll be damned if I’m going to see it turned into a graveyard for the sake of one man’s ego. Not today.” However, the Spectra gang don’t look quite as confident as Liam does that their protest will actually stop Bill from bringing down the building Spectra has always called home. 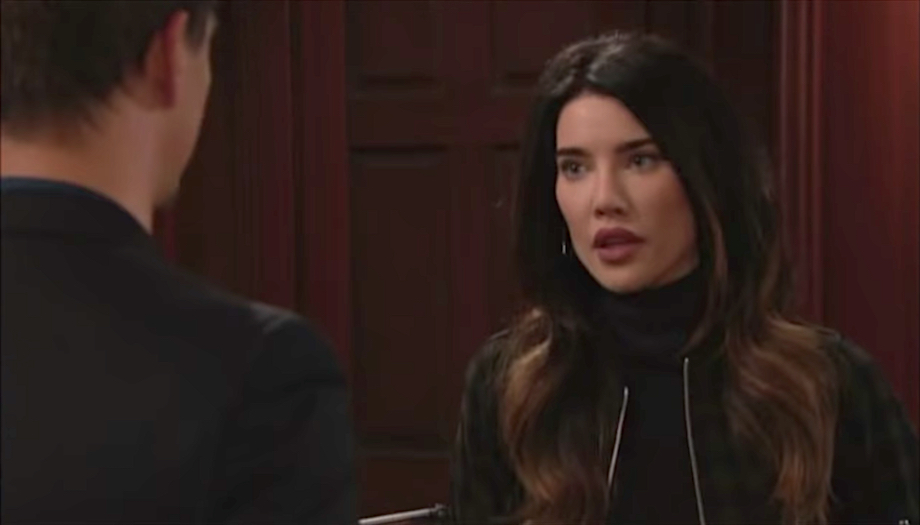 Meanwhile, back at the Forrester offices, Steffy is also worried about how far Bill might go. But while Wyatt thinks Liam is just being stupid, Steffy thinks her husband may actually be putting his life in danger! “This whole sit-in is ridiculous,” complains Wyatt. But Steffy nervously responds: “Wyatt, I don’t have a good feeling about this.” Is she right to be worried that Bill will still go through with the demolition even if there are people still inside the building? The guy did arrange for the Spectra offices to be set on fire without a second thought for anyone’s safety, so who knows what he might be capable of?