Liam took over Spencer Publications from his father, but in these spoilers from THE BOLD & THE BEAUTIFUL, he’s still trying to repair the damage that Bill did to the family company. Also, Brooke’s decision could have an impact on other relationships, including Wyatt and Katie’s!

Following another confrontation with his father, Liam decides it’s time to have a sit-down with Justin, who has been acting as legal counsel for Spencer… but also doing Bill’s dirty work behind the scenes, like arranging for the arson that nearly destroyed Spectra Fashions! “My dad was in here the other day,” Liam reports, “telling me to my face that he has a plan to hurt me.” He then follows up by informing Justin: “You’re out of this company immediately. You understand that, right?” Without his trusted accomplice keeping an eye on Spencer for him, what will Bill do next? 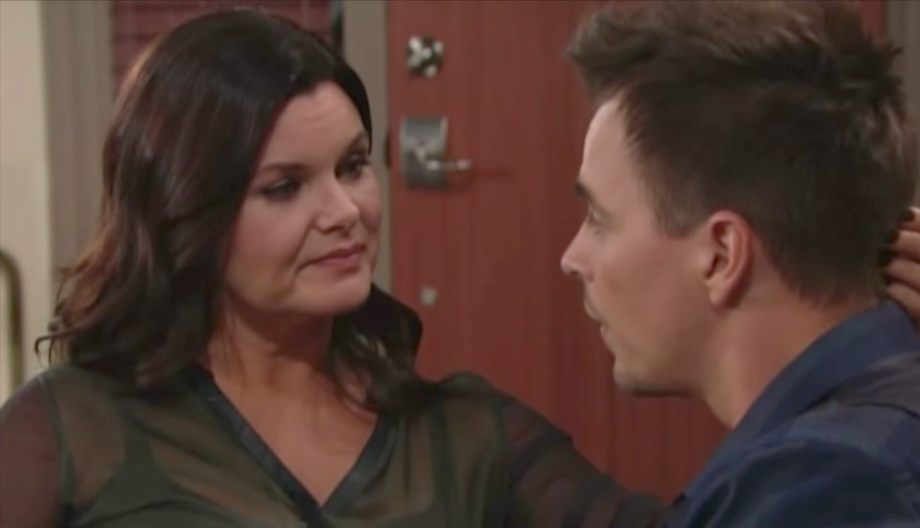 Katie and Wyatt need to worry about their own problems! (Photo Credit: CBS)

Having had a heart-to-heart with her sister about her future, Katie shares the latest update with Wyatt. “Brooke is filing for divorce,” she informs her beau. But how will Wyatt react to the news that Brooke is leaving his father? Katie and Wyatt thought that Quinn was the biggest threat to their relationship, but could the end of Brooke and Bill cause trouble for them as well?

TODAY: Liam issues a stern warning to Justin about the ramifications that will come from his lack of loyalty. #BoldandBeautiful pic.twitter.com/BwWZRAJ6Ac