Liam has made his decision between Hope and Steffy in these THE BOLD & THE BEAUTIFUL spoilers. But then again, it looked as though he’d chosen one of them last week and look what happened there! How long will he stand by this proposal?

Believing that Steffy had gone back to Bill again, Liam dumped his wife and went running to Hope’s waiting arms. And one thing led to another, which led to him proposing marriage to the blonde! Naturally, Hope was thrilled to accept and can’t wait to spend the rest of their lives together. “Nothing will come between us,” she promises Liam. “Ever again.” But you can bet Steffy is going to have something to say about this engagement! 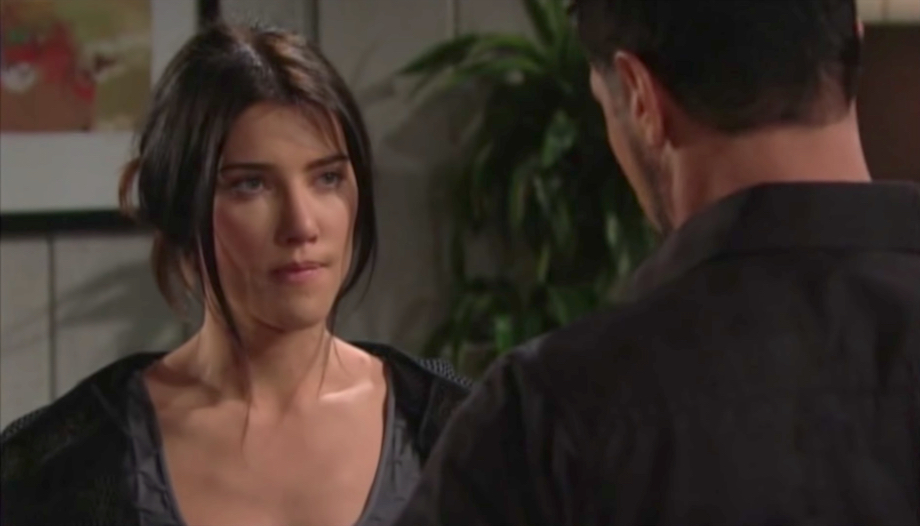 Bill’s got his work cut out for him! (Photo Credit: CBS)

At the offices of Spencer Publications, Wyatt vents to Justin about the family drama, but seems to be putting most of the blame on Steffy, not Bill! “How could she betray Liam?” he wonders aloud. “With my father? Again?” Will Justin come clean about Bill’s manipulation and reveal that Steffy hasn’t betrayed Liam again?

Meanwhile, at the cliff house, Bill pleads his case, insisting that Steffy would be better off with him anyway. “Liam left,” he reminds her. “That’s what he does. I never would.” But from the angry look on Steffy’s face, she doesn’t seem like she’s about to trust him, either. Is there anything Bill can say or do to convince her to be with him?

Jacob Young Opens up About His Plans After B&B