The big day has finally arrived in these THE BOLD & THE BEAUTIFUL spoilers, but will Liam and Hope make it down the aisle? Steffy is not happy about the nuptials, but will she try to do something to put a stop to them? Or might Wyatt be the one to throw a monkey wrench into the works?

At the cliff house, Steffy is devastated that she wasn’t able to talk some sense into Liam and prevent him from recklessly tying the knot with Hope on the rebound. “Hope and Liam are getting married today,” she laments. And later, tears fill her eyes as she rubs her baby bump and cries over losing her daughter’s father to another woman based on a pack of lies. “You were supposed to grow up in this house with a mommy and a daddy,” she sobs to her unborn child. But will she take action to make that happen? 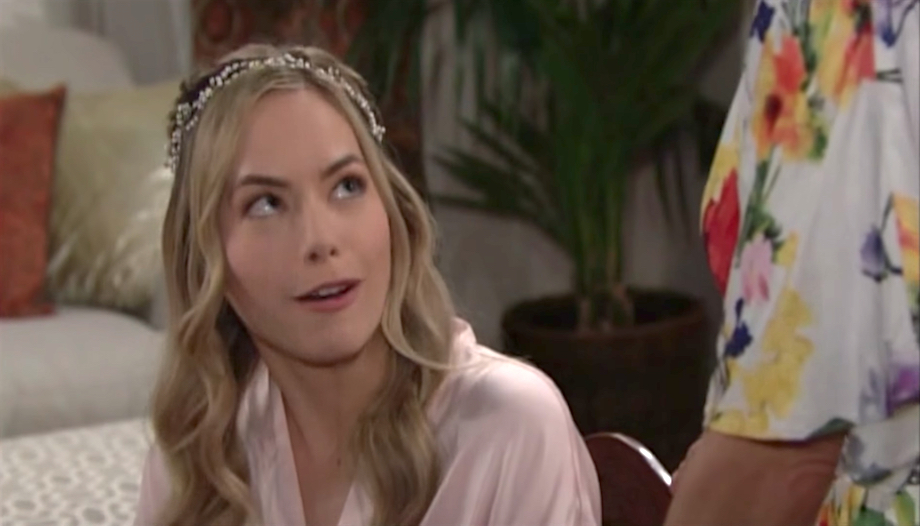 As the guests gather for the wedding, Wyatt’s guilt is still eating him up inside. “Don’t you think Liam and Steffy deserve to know the truth?” he asks Katie. But she’s made her position on the matter perfectly clear, so it’s unlikely she’ll advise Wyatt to come clean! Upstairs, Hope gets ready for her big day and expresses to Brooke how happy she is. “It has been a long time coming,” she smiles at her mother. But will Hope and Liam’s wedding go off without a hitch?

Yes, That Was Robin Givens Playing Steffy’s Doctor on B&B

Steffy and Bill’s Torrid Past Exposed