Steffy could be about to change her tune where Sally Spectra is concerned in these spoilers from THE BOLD & THE BEAUTIFUL!

Unaware that Thomas has already interrupted Bill’s takeover of the Spectra property, Steffy sighs to Liam: “Spectra’s gonna be out of business by the end of the day, and Bill Spencer is gonna have his precious skyscraper built.” Later, Liam tries to persuade Steffy to open her heart and see things from Thomas’ point of view. “What my dad did was vindictive and selfish,” he admits. “And you know that Sally and Thomas have the right to know that.” Will Steffy finally accept that Sally isn’t that bad and stop trying to keep Thomas away from her? 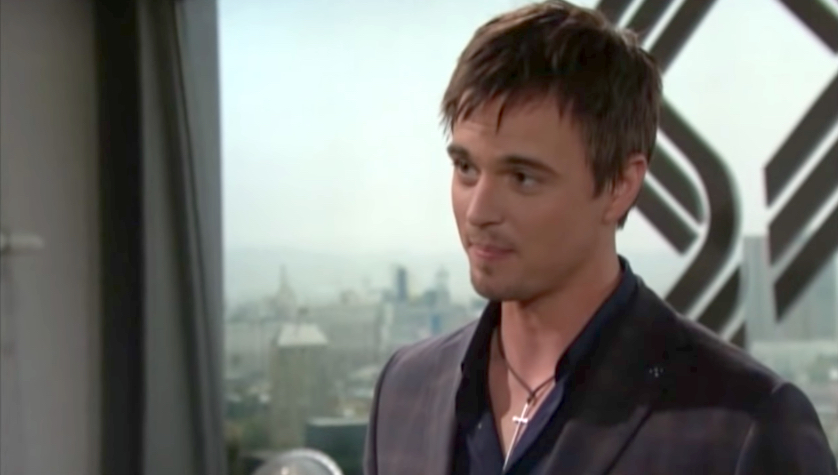 Over at the Spencer offices, Wyatt confronts Jarrett about his actions which may have completely derailed Bill’s plans to erect his skyscraper. “Why did you tell Liam that my dad wrote the review of Spectra’s preview?” he demands, angrily. Jarrett just shakes his head and responds simply: “Because he did.” Will Wyatt continue to defend Bill, or might he actually join Liam in fighting back against their father’s manipulations?

Daytime’s Hottest Hunks Burn Up the Red Carpet at the Emmys!

Get to Know Anthony Turpel (R.J.)!