Liam thinks he and Steffy can fix things in these spoilers from THE BOLD & THE BEAUTIFUL, but he doesn’t know how wrong he is. Because at the same time, Bill is making plans to run away with his son’s wife!

Steffy was so horrified that she’d had sex with Bill that she ran home in tears, hyperventilating and begging Liam’s forgiveness. Liam, who kissed Sally twice, thinks that he’s the one to blame for their marriage troubles, but that’s only because he has no idea what his wife has just done. “We can put this behind us,” he promises Steffy. “We really can. We can move forward.” But if Steffy tells him that she did something so much worse, that’s probably not going to happen. And while she’s unlikely to confess to her husband, the truth always comes out eventually… and usually when it will hurt the most! 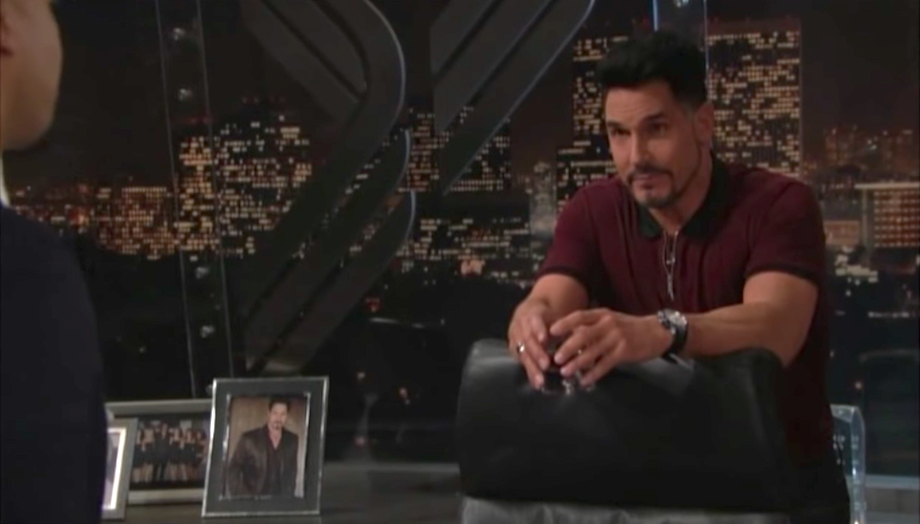 Over at the Spencer offices, Bill is relishing finally consummating his relationship with Steffy and already preparing to steal her away from Liam on his private yacht. “Make sure the Stella Maris is stocked and ready,” he orders Justin. Curious, Justin asks: “Party of…?” Bill smiles and declares: “Two.” But is Bill getting ahead of himself? Given how distraught Steffy was to wake up in bed with him, she’s not likely to toss Liam aside for a life with Bill that easily. Of course, whatever Bill wants, he tends to get — one way or another!

More from Soaps In Depth

Kim Matula Can’t Return as Hope Because She’s Starring in a New Sitcom!