Everything old is new again as Liam finds himself in a very familiar predicament in these spoilers from THE BOLD & THE BEAUTIFUL. Torn between two women, which way will his heart tell him to go this time?

At Forrester, Eric sounds a little perturbed as he asks Ridge: “When are Hope and Steffy going to be coming back into the office again?” Unfortunately, the two young women in question are more concerned with their love lives than with their careers at the current time. Steffy has signed the annulment papers for Liam, but wants him to think hard before he makes a decision he can’t take back. “Can we start our life again?” she begs, tears welling up in her eyes. But is Liam able to forgive his wife after everything that’s happened, even if she’s carrying his child? 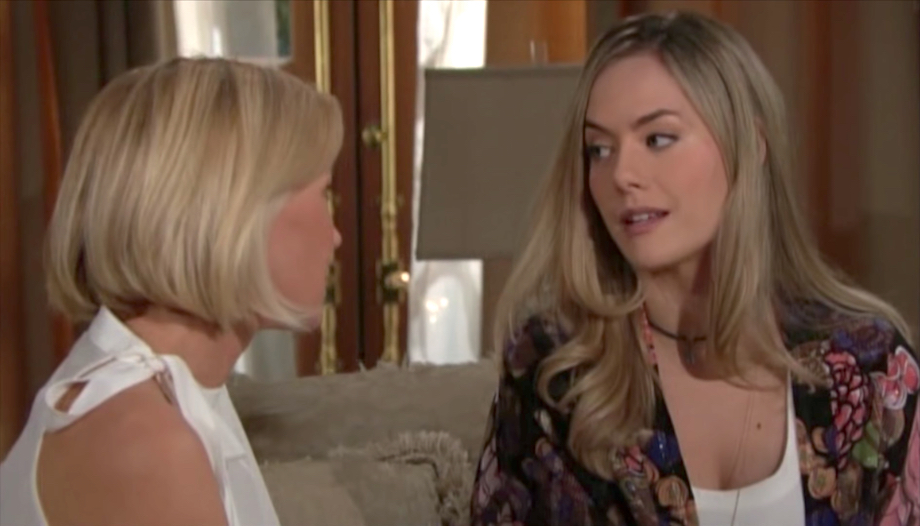 Hope is confident she’ll come out on top this time! (Photo Credit: CBS)

Brooke was upset to learn that Hope and Liam had kissed, and is worried that her daughter could be letting herself in for heartbreak trying to get him back again. But Hope is convinced that there is no way Liam would forgive Steffy for sleeping with his father and the brunette should just give up the fight. “I think she should let him go,” Hope confides to her mother. “It would be the greatest act of love she could show him.” If you love something, set it free, right? But will that make Liam come back to Steffy in the end?