Answers are being demanded in these spoilers from THE BOLD & THE BEAUTIFUL. But if the truth is told, more lives could be ruined! Will everyone keep quiet to keep the peace?

Liam believed his wife when she insisted that after their fight, she’d simply driven off for a bit before turning around to make up. But now that he’s learned that Steffy actually went to the Forrester guest house and used the bed and the shower, he’s confused. And the recent emotional behavior Steffy has been displaying has Liam concerned that there’s something more going on that she’s not telling him. “I thought I knew what it was,” he admits, “but I’m getting two different stories now and they both can’t be true.” He pauses, then asks, “Why won’t you tell me which one it is?” Will Steffy collapse under the weight of her guilt and confess to Liam that she slept with Bill? Or will she continue to keep their sordid secret? 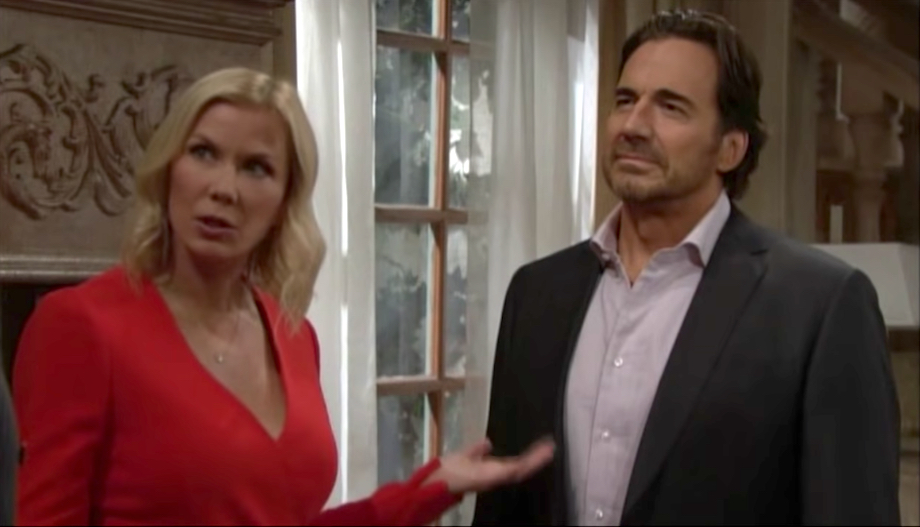 Brooke has assigned herself the role of peacemaker! (Photo Credit: CBS)

When Ridge couldn’t resist taunting his little brother, Thorne responded by pushing him to the ground and declaring that he would get Ridge out of the company and Brooke’s life. But Brooke now tries to step in and keep the two siblings from hurting each other any further. “Why does it have to be this way?” she asks them. “Why can’t you see in each other what I see in you?” It’s nice that Brooke is trying to keep the peace here, but she’s probably better off steering clear of both Ridge and Thorne until they get this out of their system. She might get caught in the crossfire!