The futures of two marriages are on the line in these spoilers from THE BOLD & THE BEAUTIFUL. But while Sheila is working overtime to try and destroy Eric’s, it looks like Liam is damaging his own all by himself!

Sheila knows now she can’t win back Eric on her own, so she attempts to enlist some help. Unfortunately, Charlie isn’t really into it, calling her “an RN/ex-con who should still be in the slammer.” But luckily for her, Mateo looks to be a little easier to persuade, despite his initial reluctance. The guy really needs the money, and Sheila is willing to pay handsomely if he manages to seduce Quinn away from Eric. “Quinn is going to cheat on Eric again,” she promises the hunky estate manager. “But this time? It’s gonna be with you!” 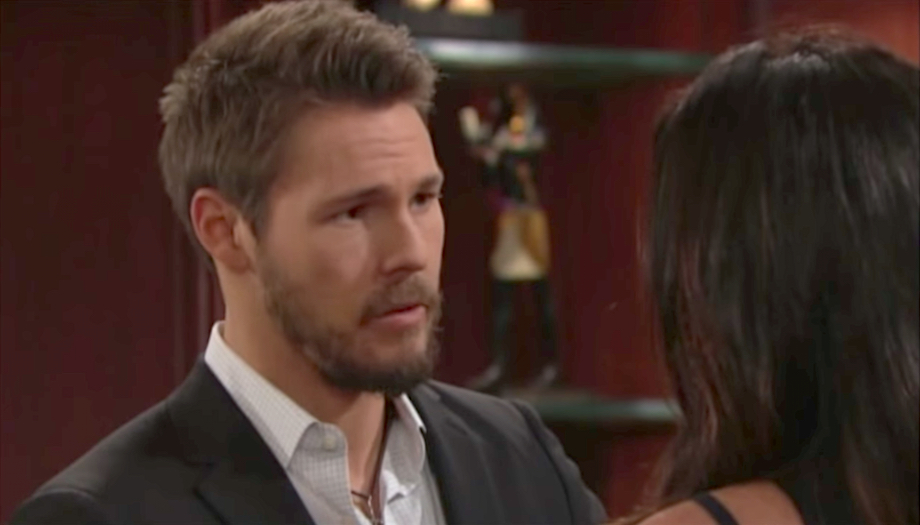 Liam tries to do some damage control with his wife… (Photo Credit: CBS)

Having returned from his business trip to San Francisco with Sally, Liam tries to reassure Steffy that that’s all it was — business. “Please don’t doubt my commitment to you,” he insists. “I love you.” Unfortunately, actions speak louder than words, and as far as Steffy’s concerned, Liam’s actions of late are telling a very different story! She’s been trying to play both sides during this recent family drama, but at some point, she’s going to have to decide whether or not she’s going to defend Liam or Bill!