Quinn is still the center of attention in these spoilers from THE BOLD & THE BEAUTIFUL, but it’s not good news!

Now that Katie has been cleared of any suspicion, Quinn is frustrated as she was convinced Katie was the one trying to kill her. And not realizing that it was Sheila Carter that she ran into over at Katie’s, she doesn’t suspect her of being the shooter, either. “Who wants me dead?” she asks Eric, fearing for her life. When the truth comes out about Katie’s “houseguest,” will Eric be able to protect his current wife from his ex-wife?

Meanwhile, Wyatt fills in Bill about the latest drama with Quinn. “Somebody tried to kill your mother?” Bill asks, stunned. Wyatt replies, “Yeah, that or scare her. And they did a good job, too. She was alone at the house, she was out on the patio, and then all of a sudden, a bullet flies by her head. We’re talking inches away, here!” 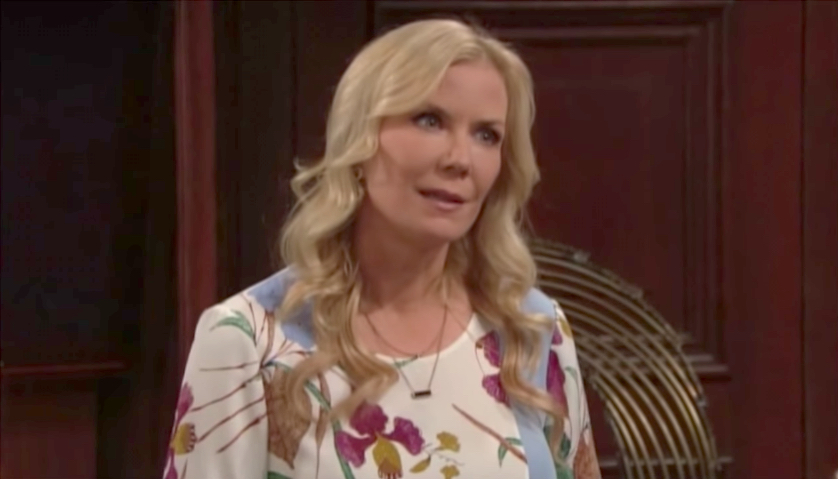 Over at the Forrester offices, Brooke tries to get Ridge to face up to the truth about his passionate moments with his father’s wife. “You got involved with Quinn because of your self-destructive behavior,” she warns. “But maybe — just maybe — you do have some real feelings.” Can Brooke get Ridge to realize that whatever’s going on between him and Quinn is more than just the heat of the moment?

B&B’s Thorne Was Unrecognizable in His AMERICA’S GOT TALENT Audition!

The Truth About Nicole’s Amenorrhea Diagnosis