The secret is out! In these spoilers from the week to come on THE BOLD & THE BEAUTIFUL, Quinn discovers that Wyatt and Katie have been sleeping together, and she is not happy about it! Plus, when Liam refuses to back down, Bill is forced to plot a dangerous revenge against his son!

Having caught Wyatt and Katie in bed together, Quinn is aghast and physically pulls Katie out from under the sheets. Wyatt pulls Katie back away from his mother and the two put some clothes on as Quinn rants. “I knew you were lonely,” she shouts at her son, “but not desperate!” Both Wyatt and Katie take offense at that comment, but Quinn hasn’t even gotten started! “I swear I’ll tear you apart!” she warns a terrified Katie. Given Quinn’s antagonistic past with Katie, is there any way that Wyatt can convince his mother to be okay with his new relationship? 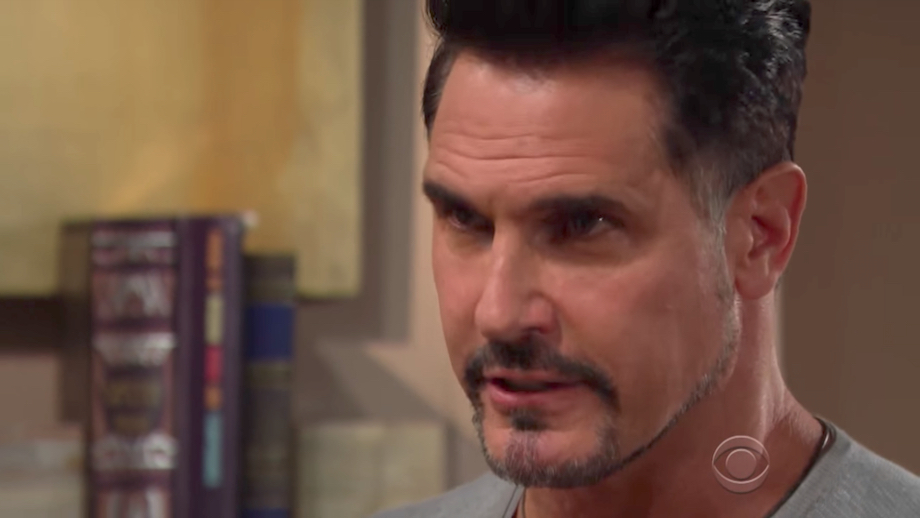 Bill has actually tried to talk some sense into Liam, urging him to give back the company he stole from him, but it’s like talking to a brick wall. “You confessed,” Liam reminds his father, “and I have it on tape.” But despite Liam holding evidence that implicates his father in the arson at Spectra Fashions, Bill is not going to let that scare him into backing down. “What are you going to do?” a nervous Steffy asks the Spencer patriarch. “I will take matters into my own hands,” Bill promises ominously. What does he have planned to put Liam back in his place?

Don’t miss this tease for the exciting drama to come, and for more B&B previews, keep reading the CBS edition of Soaps In Depth magazine!