Sheila is up to her old tricks in these spoilers from THE BOLD & THE BEAUTIFUL!

After her conversation with Charlie, Sheila is convinced that there’s definitely something going on between Quinn and Ridge, so she confronts her rival for Eric’s affection, approaching her menacingly. “Why do you seem so… uncomfortable?” Sheila asks Quinn, like butter wouldn’t melt. “Nervous. I mean, dare I say… guilty?” Quinn tries to hide her fear, but clearly she’s feeling outmatched. Does she stand a chance in this particular face-off?

Meanwhile, Charlie watches as Pam looks up Sheila’s history on her phone. “She has been in prison more than once!” Pam gasps. “And she has done so much to hurt my family.” It might be better if Pam stays out of it, though. She has quite a history herself, but even Pam might be a little out of her league when it comes to Sheila Carter!

MUST SEE: Relive Eric’s Most Memorable Romances on B&B! 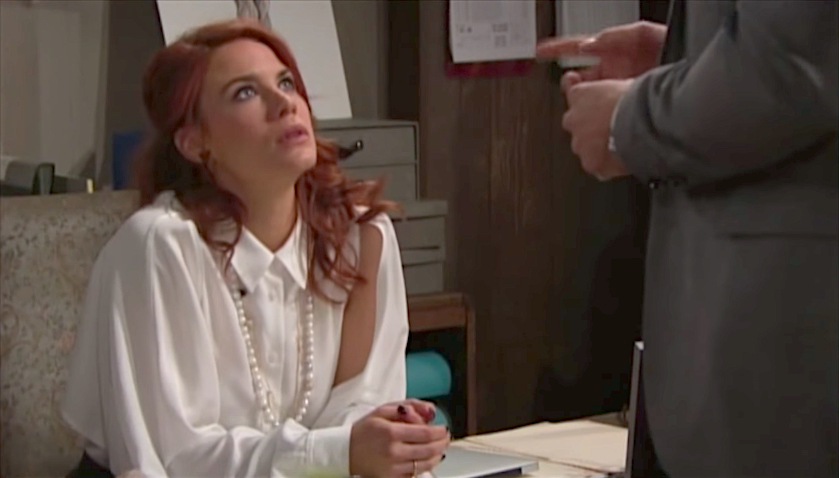 Will Sally stand up for herself this time? (Photo Credit: CBS)

Over at Spectra Fashions, Thomas and Sally put their heads together to make a plan for the upcoming Spencer Summit. “We’ve got to be able to compete — realistically — with Forrester Creations and Steffy,” Thomas declares. As they go back and forth, he finally informs Sally: “I’ve got an idea. And it’s a page right out of your book.” Thomas smiles, but Sally looks concerned. Will she agree to more dirty tricks, or urge Thomas to take the high road?

B&B Stars Dazzle on the Red Carpet in Monte Carlo!