As Thanksgiving approaches, families are on the edge of being broken apart in these spoilers from THE BOLD & THE BEAUTIFUL! As Eric tries to get the Forresters together for a family meal, Quinn worries about a potential party crasher. And Liam has no idea that his father has betrayed him in the worst way possible!

The Forresters are known for their elaborate Thanksgiving dinners, but Quinn is worried that Sheila might take that opportunity to show up uninvited. “She wouldn’t dare try to crash our Thanksgiving,” Eric assures his wife. But Quinn doesn’t look completely convinced that the villain won’t disguise herself as one of the wait staff to sneak in and cause trouble! Meanwhile, as she sits on the stairs next to Charlie, Pam worries that this year’s get-together might not be as well-attended as Eric may want. “This year,” she laments, “I think it might take a miracle worker to bring everyone together.” 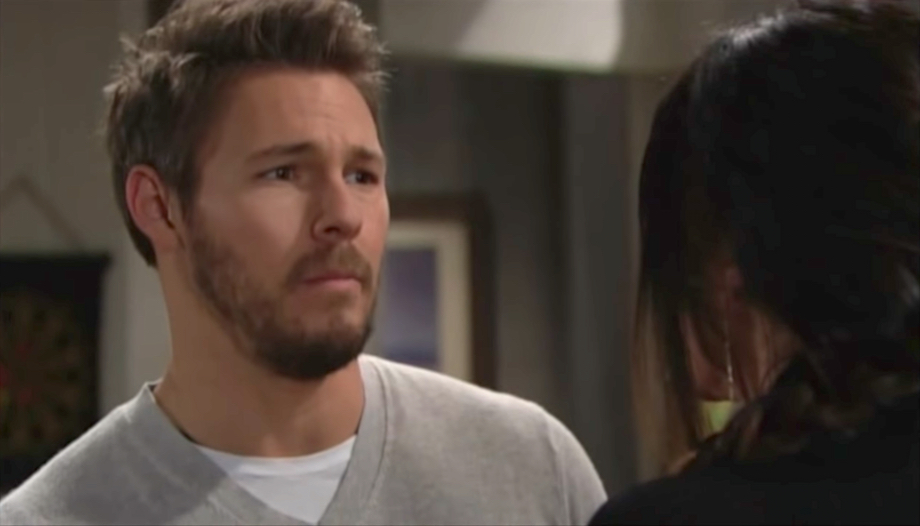 Liam is blind to his father’s betrayal! (Photo Credit: CBS)

Having begged Bill to keep quiet about their one-night stand, Steffy returns to Liam, where her guilt over cheating on her husband continues to overwhelm her. What she did was so much worse than the kisses Liam shared with Sally! And with the family-focused Thanksgiving holiday coming up, it looks like Liam is regretting the drastic actions he took against his father. “He would never betray me the way I betrayed him,” Liam muses. Oh, boy — he has no idea!

Don’t miss this tease for today’s episode, and for more B&B previews, keep reading the CBS editino of Soaps In Depth magazine!

It looks like Jennifer Gareis Is Coming Home to B&B for the Holidays!

Everything You Need to Know About Bill and Steffy’s Sordid Past!