Ridge is in a murderous rage, and is ready to take it all out on Bill in these spoilers from THE BOLD & THE BEAUTIFUL! Is there any way that Bill can talk his way out of this one? And Steffy doesn’t seem to have any trouble telling people what she and Bill did, so will Brooke be the next one to learn the shocking truth?

Despite Steffy’s insistence that the sex between her and Bill was consensual, Ridge insists that Bill took advantage of her fragile emotional state to take her to bed. Intent on confronting the cad, Ridge bursts into Bill’s office at Spencer Publications to give his rival a piece of his mind! “Do you really think you can take whatever you want, whenever you want it?” Ridge asks angrily, clearly trying to restrain himself from lunging at the guy. Of course, there’s likely nothing Bill can say to convince Ridge to back off. “You violated my daughter,” Ridge growls, tears in his eyes. Just how ugly is this confrontation going to get? 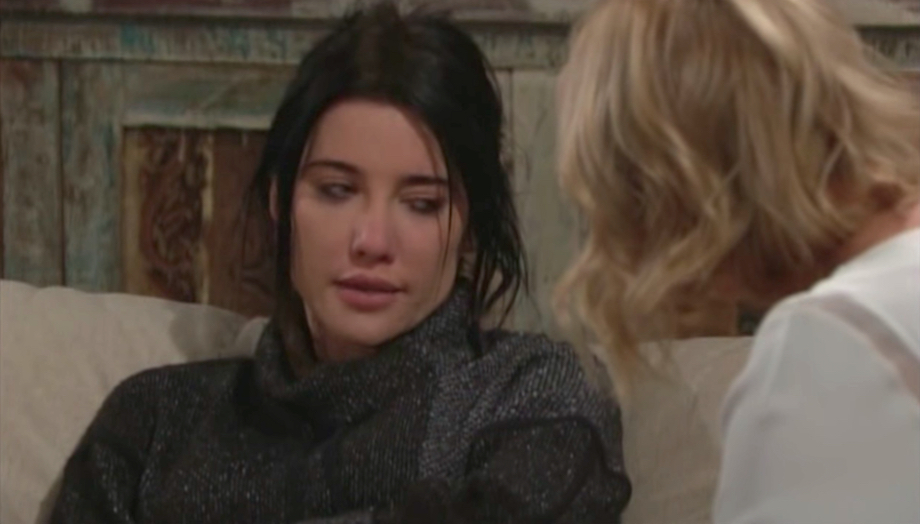 Still concerned about Steffy’s well-being, Brooke returns to her house to check on her, and the distraught young woman begins to open up about the real reason for her marriage falling apart. “Liam discovered I had a paternity test,” Steffy confides. Will she spill the beans to Brooke about her and Bill’s night of passion? Brooke’s reaction might be less violent than Ridge’s, but it should still prove just as dramatic!

Don’t miss this tease from today’s explosive episode, and for more B&B previews, keep reading the CBS edition of Soaps In Depth magazine!

Who Should Be Running Forrester?

The Truth About Hope’s Past on B&B