People’s true motives are coming into question in these spoilers from THE BOLD & THE BEAUTIFUL!

It seems like having a mystery shooter firing bullets at her head has made Quinn reevaluate her life. “I think women want to stand out,” she muses, “but they’re misled from an early age that they’re not allowed to be the star of their own movie.” And Ridge also seems to be trying a new outlook on things, admitting, “My son is more… like me than I am. And he takes risks that somewhere along the way I stopped taking. Not sure why.” But if Ridge really wants to start taking risks again, maybe he should start with something a little less risky than having an affair with his father’s wife!

MUST SEE: Everything You Need to Know About B&B’s Sheila! 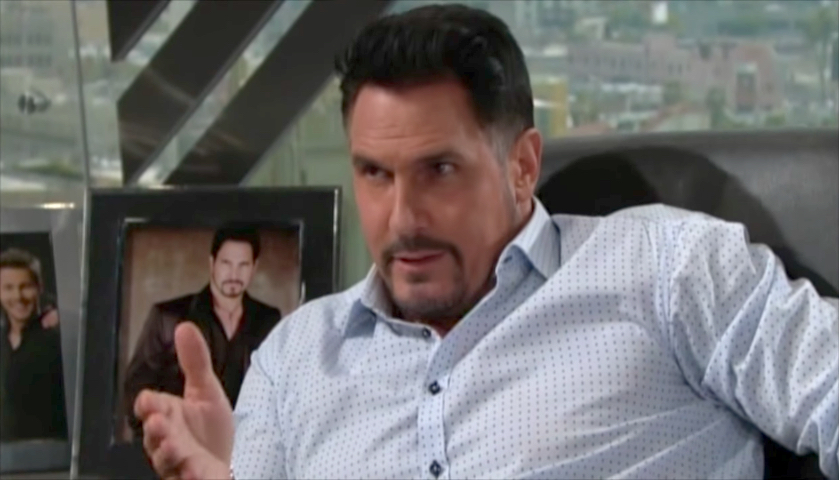 News of Sheila’s return has spread around Los Angeles, even to the Spencer offices where Liam remarks, “I can’t believe she’s back!” From behind his desk, Bill muses about the woman’s unexpected resurfacing in the Forresters’ lives (probably wondering if he can use it to his advantage, somehow!). “Why else would she come back again, given her history here,” Bill smiles, “unless it was to win back the obsession of her life.” But is Sheila really after Eric again? And if she is, how far will she go to get him?