Ridge may be getting what he wants in these spoilers from THE BOLD & THE BEAUTIFUL, but it can all be taken away in an instant!

Still on a high after learning that Eric — at Quinn’s suggestion — wants to make him co-CEO of Forrester Creations alongside Steffy, Ridge tries to talk to his daughter at the office, but she looks decidedly less-than-thrilled at the prospect. “I was running Forrester before you were born,” he reminds her. “And I have relationships, I built relationships…” Is Steffy going to be willing to share the power with her dad? And does she even have a choice in the matter?

Thomas isn’t pleased that Steffy was named CEO, believing that while he was away in New York, he missed his opportunity to be considered for the position. And at the house, Eric praises Quinn, declaring, “She’s very generous and compassionate.” Eric holds his wife’s hands and turns to Ridge to add, “I look forward to the day when you see the same things in her that I do.” That day may have already come, even if Eric doesn’t even realize it!

MUST SEE: B&B is Going on Location Again! 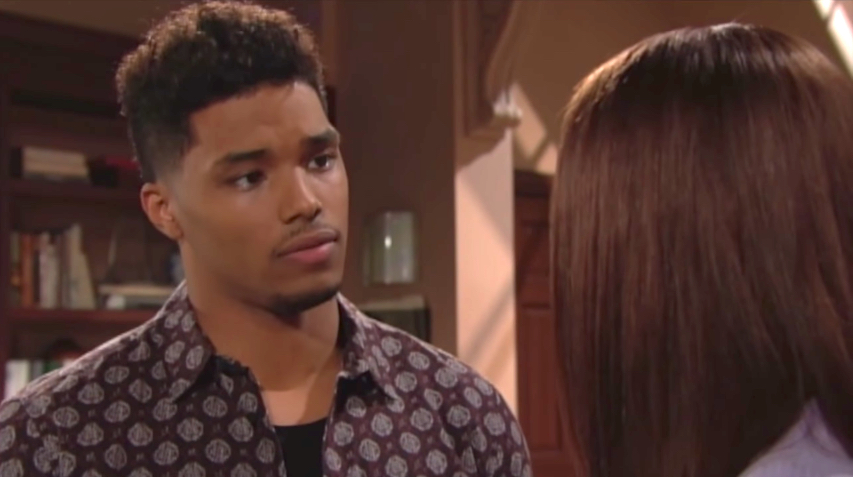 Zende refuses to give up on love. (Photo Credit: CBS)

After listening to Thomas grouse about missing out on being promoted at Forrester because he was off in New York trying to sort out his personal life, Zende decides to take charge of his own. Despite all the drama that has unfolded between him and Nicole, especially where Sasha is concerned, the young man still loves her and will not give up. “You want me to prove to you how much I love you?” he asks Nicole. “I will.” What does Zende have in mind, and will it be enough to convince Nicole to take him back?