A Forrester returns in these spoilers from THE BOLD & THE BEAUTIFUL, but Ridge doesn’t seem particularly thrilled to see Thorne again! And things are also going badly over at Spencer as Wyatt is beginning to feel like he’s the third wheel in the family!

Thorne has often seemed like the Forrester that the family forgot, being sent off to work overseas or in the jokingly-referred-to “basement,” but that looks ready to change now that he’s back in Los Angeles again! The last anyone had seen of the guy was in 2015 when his daughter, Aly, died. And after the funeral, Thorne returned to Europe and was barely mentioned again. But now he has returned, and not everyone seems happy to see him! “Welcome home, little brother,” Ridge snarls. Will there be another battle for control of the company? 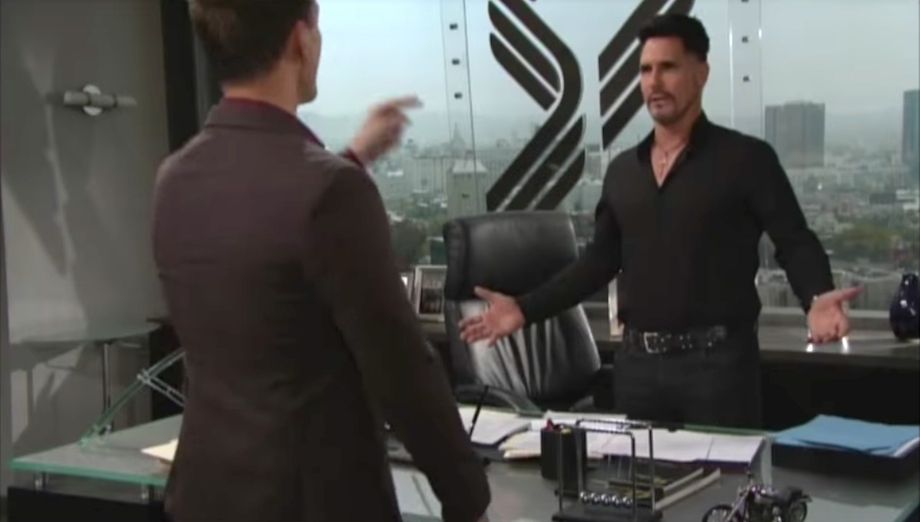 Even as the guilt of sleeping with Bill continues to eat away at her, Steffy attempts to look on the bright side. “I was happy that you and your father made up,” she confides to Liam. “I know this was really hard for you both.” But when Liam finds out what Steffy did with her father, his earlier arguments with Bill are going to look like child’s play!

Meanwhile, Bill had assured Wyatt that they would be working together to overrule Liam in every decision made about Spencer business, but now that the two have made nice, Wyatt’s worried that the plan has changed. “You and Liam are always keeping me out of the loop on everything!” he complains. Can Bill manage to keep both of his sons happy?

Annika Noelle Cast as the New Hope on B&B!