Sally’s dream may come to a premature end in these spoilers from THE BOLD & THE BEAUTIFUL!

After Spectra’s first fashion show, which was an intimate presentation to a single reporter, Thomas stops by the office to check in with Sally and see how it went. “He said he was going to put a review up first thing in the morning,” she grumbles, looking at her phone again, “and… it hasn’t surfaced.” But Thomas remains smitten with the redhead and tries to lift her spirits. “Any minute now, you’re going to be getting a glowing review from Jarrett,” he assures Sally. “The first of many, by the way. And I get a front row seat.” However, that may not actually be what Sally will end up reading on the website when the article is published.

MUST SEE: B&B Poll — Would Katie and Eric Make a Good Couple? 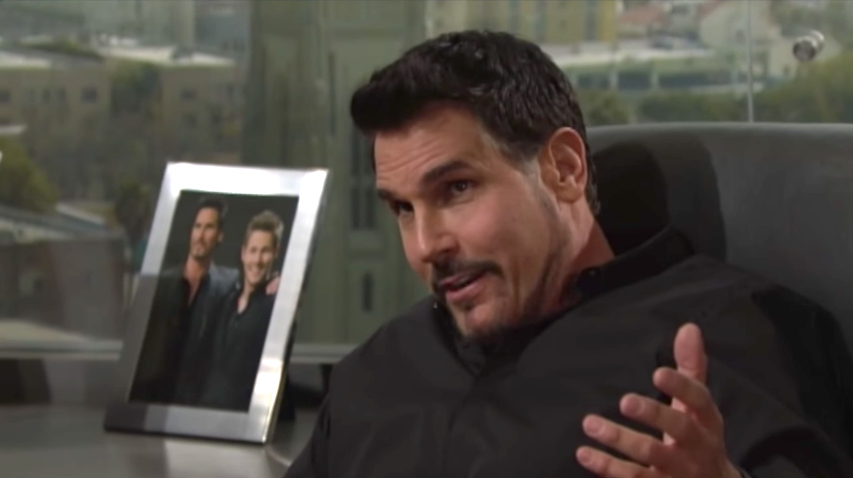 Bill refuses to let anything stand in his way! (Photo Credit: CBS)

MUST SEE: Courtney Grosbeck joins B&B as the Newest Spectra!

Over at Spencer Publications Jarrett tries to persuade Bill to reconsider his plan to destroy Sally with a savagely negative review of her show, especially considering he legitimately didn’t think it was that awful. “She doesn’t have the track record to survive a scathing takedown,” the reporter argues. But Bill needs Spectra to go out of business ASAP so he can swoop in and buy out the property they’re currently renting. “I built this empire by doing what needs to be done,” he proclaims. Will Jarrett allow his journalistic integrity to be bought and publish the bad press?