There is major trouble brewing in these spoilers from THE BOLD & THE BEAUTIFUL!

Sally and Thomas are enjoying finally being able to act like a proper couple, but it’s not quite paradise. “Are you reconsidering what you did for me?” she asks her beau. “There’s no hard feelings if you change your mind and decide that you can no longer support me.” Does Thomas regret investing in Spectra Fashions now that he’s been fired from Forrester? Or is he worried about something else? Can these two manage to keep business and pleasure separate or will money be what tears them apart forever? 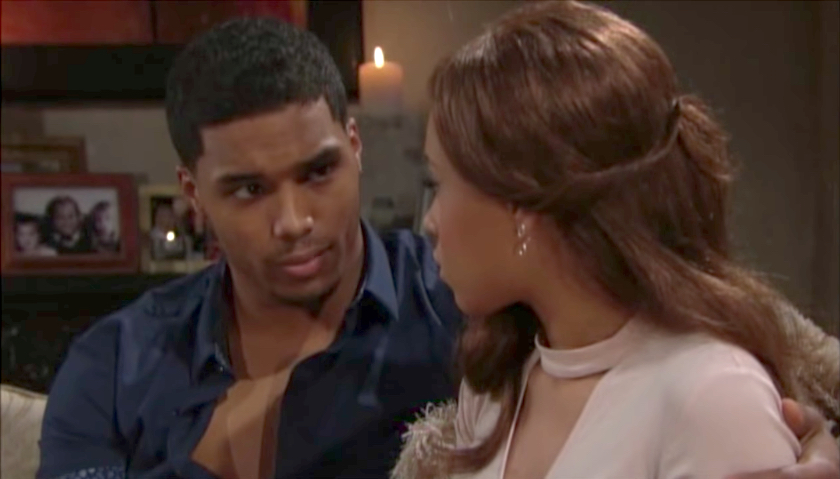 Nicole is convinced that she’ll never be able to conceive another child, but Zende remains adamant that they will have their family. “There is no way the only baby you can have you’ll give to your sister,” he assures her. Meanwhile, Nicole’s parents have their own reactions to their daughter’s troubling news. “If it turns out that my daughter gave up her only child to her…” Julius declares angrily before trailing off unable to say the word. “And she can’t have one of her own? That would be the greatest injustice of all.” Can Vivienne talk him down, or is this family set to explode?

Don’t miss this tease from today’s emotional episode, and for more B&B previews, keep reading the CBS edition of Soaps In Depth magazine!