Eric may think he’s gotten rid of Sheila, but in these spoilers from THE BOLD & THE BEAUTIFUL, the villain may be down, but she’s not out! And Bill continues to insist that he simply did Spectra a favor. Will Liam let him get away with this?

Now that Eric has thrown Sheila out of the mansion, Quinn can’t believe that her husband fell for her claim that she was seriously injured and needed to recover under their roof. “You thought she as actually injured,” Quinn marvels. But Eric defends his initial decision by reminding her of her earlier fight with Sheila. “You knocked her out cold!” he says. “She was laying on the floor, bleeding… I thought she was dead when I came in.” But they may not be entirely out of the woods, because alone in her hotel room, Sheila vows: “I will be back.” What does she have planned for round two?

MUST SEE: Heather Tom and Darin Brooks Preview What’s Next for Katie and Wyatt 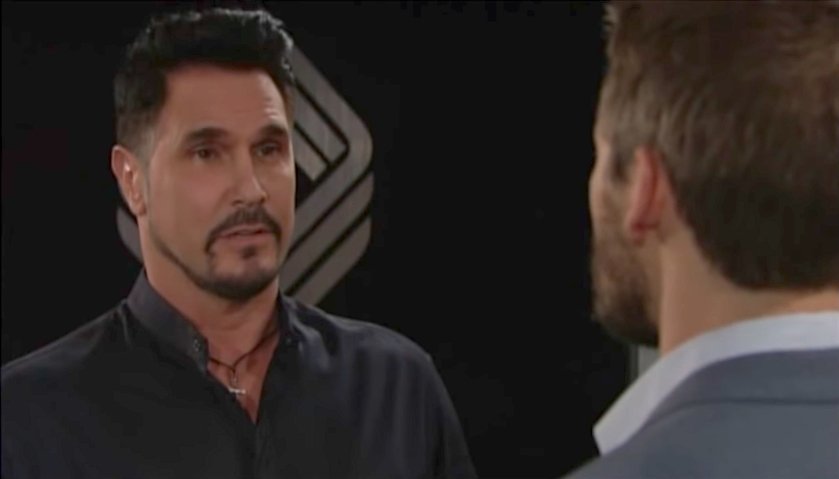 Bill believes he did nothing wrong! (Photo Credit: CBS)

As Steffy admits to Ridge that she actually feels sorry for Sally, Liam tries to get the truth out of Bill. “Did you order Spectra Fashions to be torched tonight?” he demands angrily. But whatever happened, Bill has convinced himself that he didn’t do anything wrong. “I put Sally and that bottom-feeder company of hers out of their misery,” he insists. Liam can’t let his father get away with this… can he?

B&B Alum Jennifer Finnigan Had the Most Beautiful Baby Shower

Who Is James Warwick?