Sheila has Eric right where she wants him in these spoilers from THE BOLD & THE BEAUTIFUL!

Having helped expose Quinn and Ridge’s affair has given Sheila a direct line to Eric, and she’s even arranged to have a room at the same hotel where Eric is staying while he processes the shocking revelation. Eric wants nothing more than to be by himself, but Sheila turns on the charm and acts as caring as she possibly can. “I just really don’t want to leave you alone right now,” she says gently before adding, “May I come in? Just for a moment?” Eric may be heartbroken, but is he crazy enough to let Sheila back into his life?

MUST SEE: Everything You Need to Know About B&B’s Caroline Spencer! 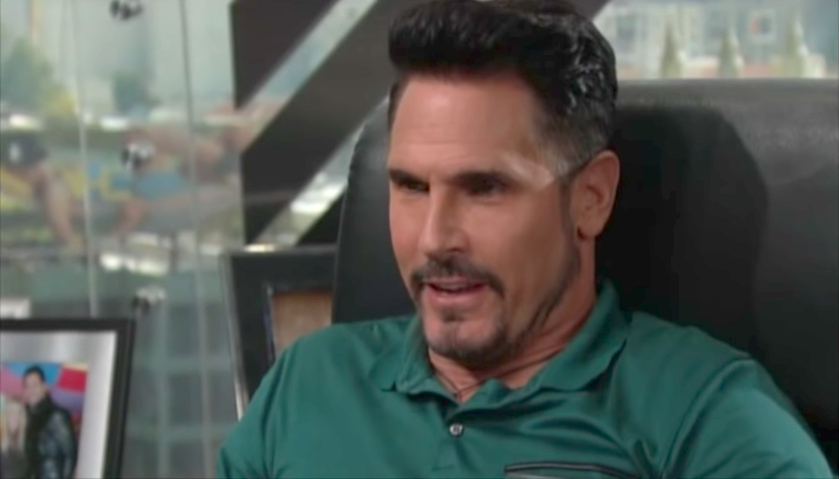 Bill’s plans seem to be coming together! (Photo Credit: CBS)

Steffy brought Caroline back to Los Angeles in the hopes of getting Thomas away from Sally. “I think it’s good for Thomas to be with his son,” she declares. “It reminds him of his obligations and keeps him away from Sally Spectra.” But will her plan to use Caroline and Douglas to “rescue” Thomas backfire in a big way?

Meanwhile, as Thomas helps Spectra get back on its feet and make a splash at the Spencer Summit fashion show, Bill doesn’t seem nearly as sure the struggling fashion company will be able to pull it off. “Finally I can level that dump of a building,” he gloats from behind his desk, “and build my beautiful baby.” But will Bill be willing to sit back and let Spectra fail in order to erect his skyscraper, or will he step in to help things along?

Check out this tease for today’s’ tense episode and for more B&B previews, keep reading the CBS edition of Soaps In Depth magazine!