If Sheila really isn’t the shooter, then who is the mystery person still trying to kill Quinn in these spoilers from THE BOLD & THE BEAUTIFUL?

At the police station, Eric still can’t seem to believe that he’s face-to-face with the infamous Sheila Carter once again, especially given her wild claims that she’s learned her lesson and reformed! “Here’s a friendly tip on how to ask someone’s forgiveness,” he warns his ex. “Don’t shoot as his wife!” But Sheila continues to insist that she is absolutely innocent of trying to off Quinn. “I didn’t shoot at your wife,” she swears. Eric turns to face her with a bemused grin on his face. “History would suggest otherwise,” he snarks. But could this be one of the rare occasions where Sheila is telling the truth?

MUST SEE: Everything You Need to Know About B&B’s Sheila! 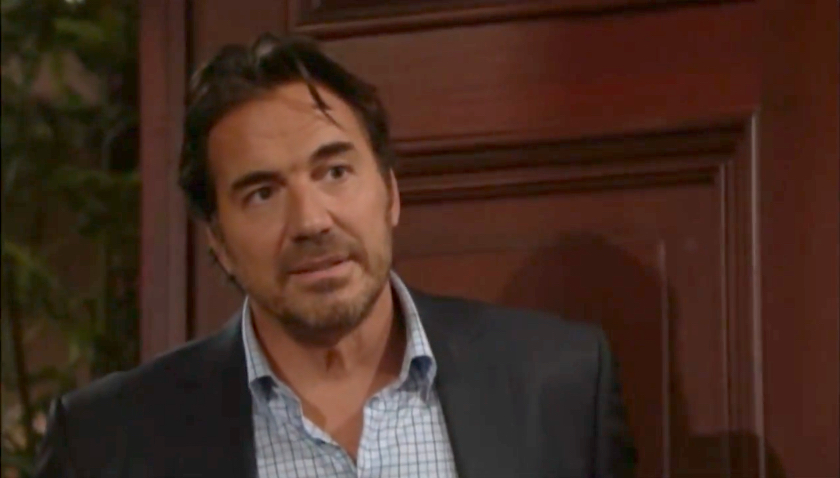 Ridge shares some good news, but he may be quite mistaken! (Photo Credit: CBS)

MUST SEE: Gilles Marini Joins the Cast of B&B This Summer!

Ridge happily reports: “After what Sheila has done, she’s not gonna get released anytime soon.” But since Sheila hasn’t actually done anything yet, how long can the police hold her? And if she’s not the one trying to shoot Quinn, then who is the mysterious shooter? And can they be caught before they finish the job and make Eric a widower again? One thing’s for sure, Quinn needs to invest in a bulletproof vest before she ventures outside anymore!

##More From CBS Soaps In Depth