Both Sheila and Bill have been desperate to make their dreams come true, and in these spoilers from THE BOLD & THE BEAUTIFUL, it looks like they may just succeed. Will Bill get away with destroying Spectra and will Sheila finally get Quinn out of her way for good?

Sheila wants nothing more than to become Mrs. Eric Forrester again, and what Sheila wants… Sheila gets! “I’m gonna take her down,” she vows of Quinn, Eric’s current wife. After another bitter confrontation between the two women, Quinn tries to leave the room as Sheila heaves a glass vase at her that shatters on the doorframe next to her head! “Sheila wants me dead!” Quinn cries to Eric. But is he so blinded by his guilt over what he’s put Sheila through that he won’t consider that Quinn is telling the truth? During a vicious fight to the finish, the floor is strewn with pillow feathers as Sheila pins Quinn on the floor, wrapping her hands around her rival’s throat. “Choke me out,” Quinn yells defiantly. “I dare you!”

MUST SEE: Heather Tom and Darin Brooks Preview What’s Next for Katie and Wyatt 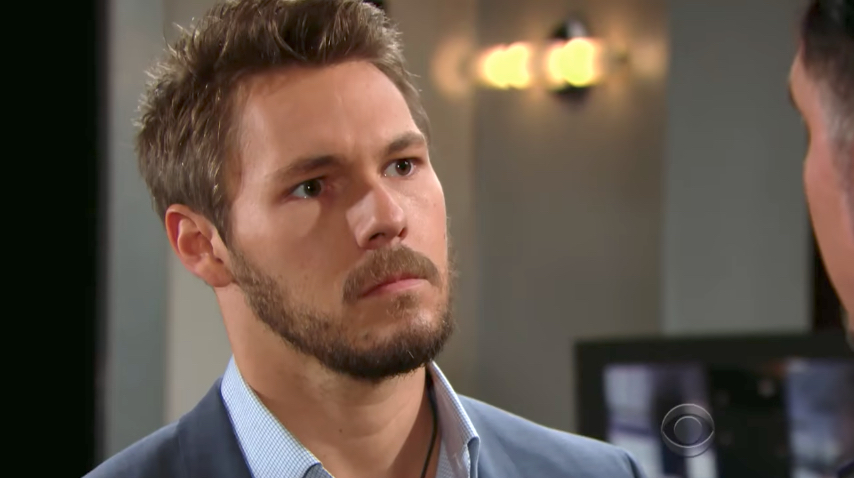 Bill promised he would stop at nothing to ensure that Spectra goes out of business so he could demolish the building to erect his glorious skyscraper. “Spectra Fashions goes out in a blaze of glory,” he says to himself as he admires the model of his new building. Meanwhile, Sally is horrified as she watches all her hard work go up in flames as firemen drag her from the studio. But Liam knows how Bill has been plotting and could destroy his plans if he exposes the truth. “Spectra burned to ashes because of you!” he hisses to his father. But Bill is confident that he’s untouchable. “You gonna turn me in?” he asks Liam. Was Bill responsible for Spectra going up in flames? And is there any way to prove it?

Don’t miss this tease for the exciting week to come, and for more B&B previews, keep reading the CBS edition of Soaps In Depth magazine!

Jennifer Finnigan Had the Most Beautiful Baby Shower

Who Is James Warwick on B&B?