Shelia Carter has made her shocking return to THE BOLD & THE BEAUTIFUL and you won’t want to miss the spoilers of all the drama she’s brought with her!

Quinn was stunned to encounter Sheila in Katie’s home, but she has no idea who this woman is or what she’s capable of. And let us tell you, she’s capable of quite a lot! But when Katie discovers Sheila, she immediately threatens her with a fireplace poker screaming, “Don’t come any closer!” But Sheila continues to advance, coldly ordering her: “Put. It. Down.” (We wouldn’t recommend getting on the wrong end of Sheila Carter and a fireplace poker…) 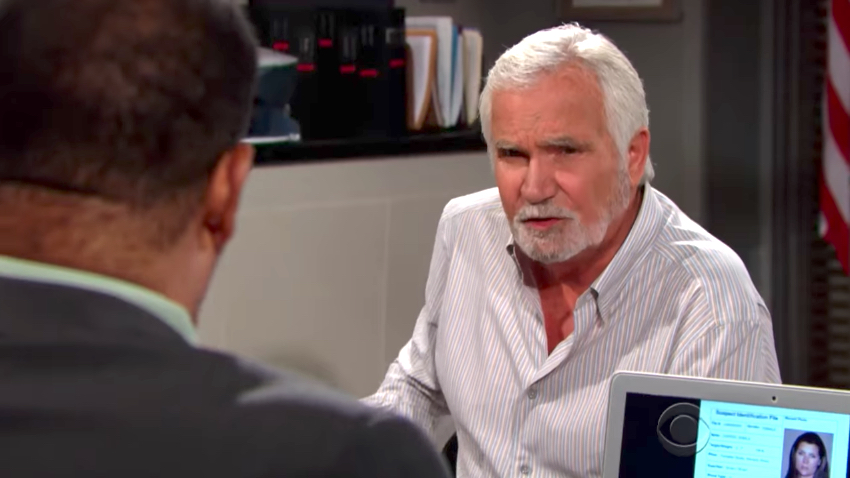 At the police station, Sheila acts like butter wouldn’t melt as she firmly insists that she never shot at Quinn. But Eric insists to Lt. Baker, “I want her in prison.” But what does Sheila want from the Forresters this time? Has she truly reformed? Or is she after Eric and trying to take out his wife with a sniper rifle? As Sheila quips to Quinn, “Maybe I’ll get another shot…”

One thing’s for sure: Given Sheila’s incredibly dangerous history, no one should feel safe now that she’s back in town! (And looking like her lovely self again after having plastic surgery to look like Phyllis the last time she was over on THE YOUNG & THE RESTLESS… long story!)

Don’t miss this thrilling tease for the week to come, and for more B&B previews, keep reading the CBS edition of Soaps In Depth magazine!

B&B’s Thorne Was Unrecognizable in His AMERICA’S GOT TALENT Audition!

The Truth About Nicole’s Amenorrhea Diagnosis