Thorne isn’t the only one who has returned in these spoilers from THE BOLD & THE BEAUTIFUL. Although in Sheila’s case, it’s more that she never really left in the first place! What crazy scheme is the psycho planning now?

Despite her fears that Sheila would somehow find a way to ruin the Forrester Thanksgiving festivities, Quinn admits to Ridge that everything went off surprisingly well. “It was a really nice holiday,” she confides. “The best part is Sheila Carter didn’t crash it.” But while Quinn may think that she and Eric have driven Sheila away, they couldn’t be farther from the truth! Over at Il Giardino, Pam is settling in at her table and is startled to see Sheila still working at the restaurant! “Does Eric know you’re still in town?” she asks. What is the villainess cooking up this time? 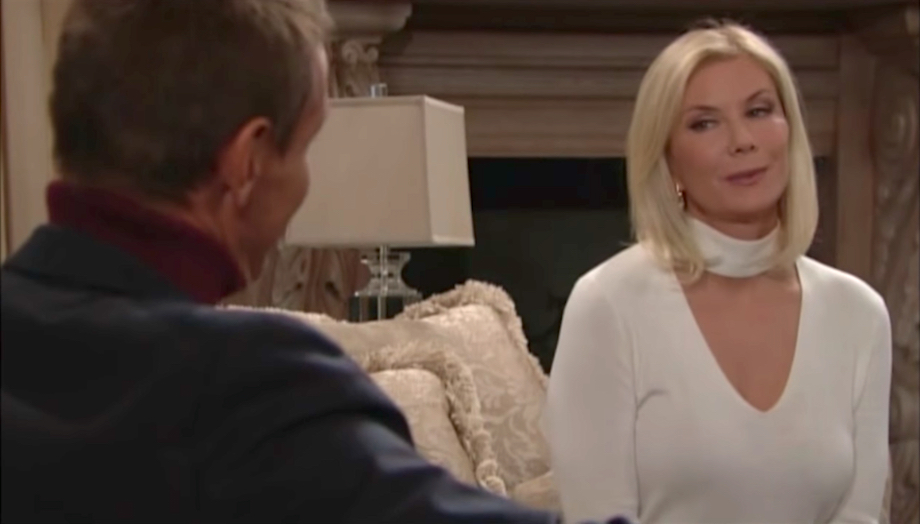 Now that he’s back in Los Angeles, Thorne has a lot of catching up to do. Of course, as he sits down to chat with Brooke, naturally the topic turns to the men in her life, including Ridge. “Ridge can be a little rough around the edges,” Brooke confesses. “But that’s what makes him so irresistible.” Brooke flashes a flirty smile, but if she’s trying to charm Thorne, she probably shouldn’t talk about his older brother so much. Everybody knows that particular sibling rivalry will never die!

Annika Noelle Is the New Hope on B&B