The guilt is tearing Steffy up inside, and in these spoilers from THE BOLD & THE BEAUTIFUL, she’s on the verge of telling Liam everything she did with his father! Plus, Brooke worries about whether Ridge and Quinn are falling back into old habits.

Bill had begged Steffy not to ruin everything by telling Liam that they had slept together, but she returned home from their conversation in tears and broke down in her husband’s arms. Liam blamed himself for pushing her into renewing their vows so quickly, but Steffy cried that it was about Bill. Confused, Liam is desperate to get some answers out of his hysterical wife. “I need you to tell me why you’re upset,” he says gently, “and what it’s got to do with my father.” Steffy continues to tremble and sob, overwhelmed with emotion. Will she clear her conscience by telling Liam the terrible truth about her and Bill? 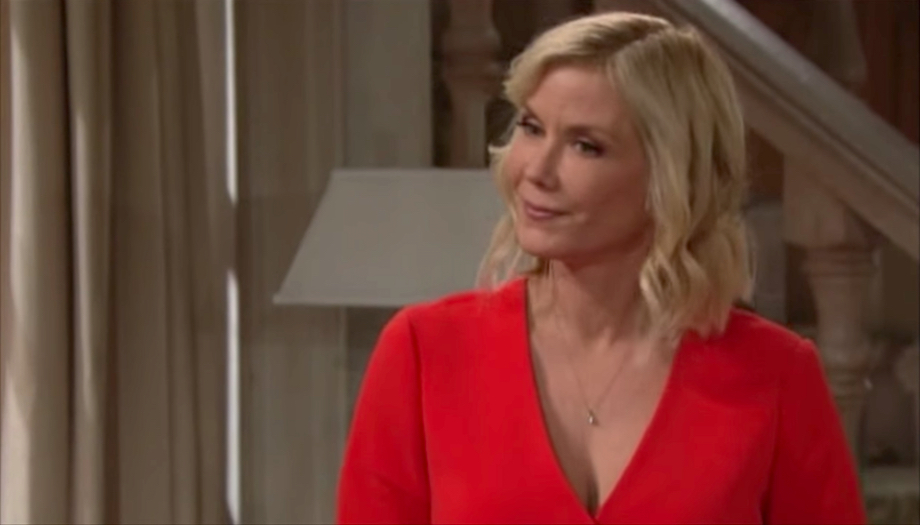 Ridge has made no secret of the fact that he would love to get Brooke back, but she’s been keeping him at arm’s length for a while now. And after spying him in a close moment at work with Quinn, she’s wondering if he’s now rekindling things with his father’s wife! “Yeah,” she remarks. “I saw you and Quinn in the office and you told her she was ‘beautiful.’” Will Brooke believe Ridge when he explains he was just talking about a necklace? Or will she now always think the worst of him?