Liam and Hope’s engagement has gone public and in these spoilers from THE BOLD & THE BEAUTIFUL, not everyone is reacting well to the big news. Ridge doesn’t appreciate his daughter being tossed aside, while Steffy herself looks ready to bring out the claws!

Steffy was stunned when she spotted the ring on Hope’s finger but things got worse when the blonde confirmed that Liam had proposed and they were engaged to be married! Steffy struggles to wrap her brain around Hope’s actions and asks: “What do you call stealing my husband?” Hope frowns and responds: “I call it what you did to me… more than once.” Grab your popcorn because this has the makings of a good fight! 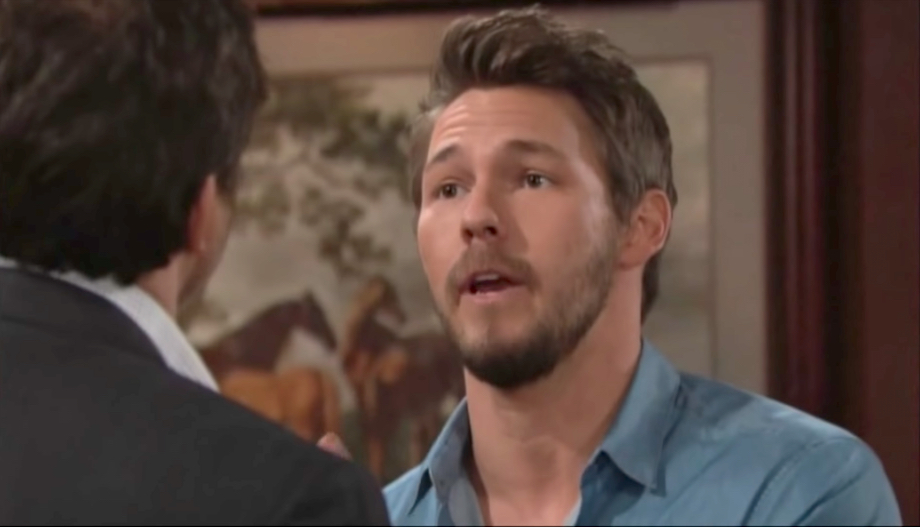 Meanwhile, Ridge was also upset to hear that Liam had not only chosen Hope but put a ring on her finger before the annulment papers for his marriage to Steffy were even filed. Especially since Steffy is pregnant with Liam’s baby. But the young man stands by his choice and is ready to defend it to anyone. “There’s one woman in my life right now,” Liam explains to Ridge, “whom I’ve known for years. That I love. That I know I can trust. And I’m gonna marry her.” Is there anything Ridge can say or do to talk him out of it, or his his mind truly made up?

Jacob Young Is No Longer on Contract at B&B