Steffy hopes that their unborn child will be enough to bring Liam back to her in these spoilers from THE BOLD & THE BEAUTIFUL, but it may not be that simple. And even though Hope continues to insist that she’s hoping that Liam and Steffy will get back together, does she really mean it?

After seeing his baby at the sonogram appointment and learning that he’s having a little girl, Liam was overwhelmed with emotions. Steffy wants them to be a family again before their daughter enters the world, but Liam is still having a rough time getting over the fact that she cheated on him with his own father, Bill. So Steffy tries to turn his attention to something that might actually work to convince him to come back to her. “She’s what matters,” Steffy declares. “Our daughter.” And when Liam brings up the fact that Hope has been saying the same thing, Steffy assures him: “I didn’t put her up to that. About the baby needing you. But it’s true.” Will this be what finally gets Liam to forgive Steffy? Or is that impossible? 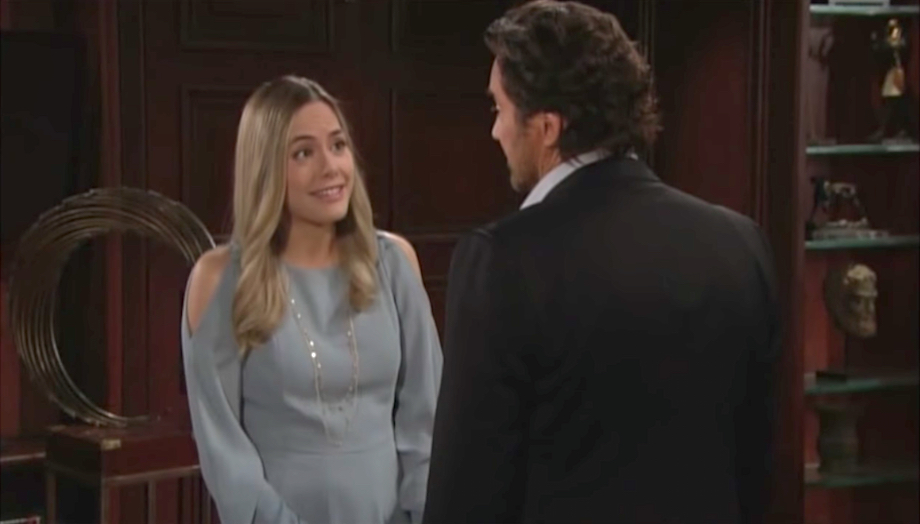 Hope has plenty to distract herself now that Thorne is going to be helping her bring back her Hope for the Future line at Forrester, but the future of Liam and Steffy’s marriage still weighs heavily on her mind. And despite some fearing that she’s involving herself in their drama in the hopes of snagging Liam for herself again, she promises that is not the case. “I’m rooting for her and Liam,” Hope swears to Ridge. “I truly am!” But does Ridge believe that Hope will stay out of his daughter’s marriage?

Everything You Need to Know About Hope’s Tangled Romantic History