Steffy begs for forgiveness in these spoilers from THE BOLD & THE BEAUTIFUL, but Bill doesn’t seem to think he has anything to be sorry about. Or at the very least, he refuses to let anyone think he took advantage of Steffy!

Liam has been hiding out in a hotel ever since he served his wife with annulment papers, but Steffy found out from Hope where he was staying. So now she rushes over, desperate to try and convince him to give their marriage another chance. “If there’s any hope at all,” she begs, tears in her eyes, “just say that you forgive me.” But can Liam bring himself to forgive his wife for sleeping with his father? Might the baby she’s carrying be enough to convince him to try and move past this and make a fresh start? Or has her infidelity caused too much damage? 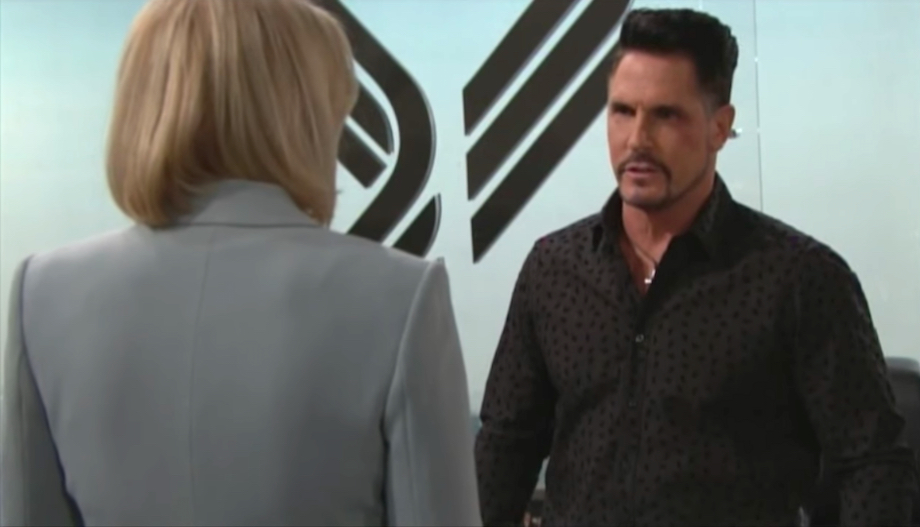 When Ridge accused him of taking advantage of Steffy, Bill argued that Steffy wanted to sleep with him as much as he did. Which, naturally, Ridge did not want to hear. And Brooke was equally disgusted to learn from Steffy that Liam walked out on her because she’d had sex with Bill. But when Brooke confronts him in his office at Spencer Publications, Bill refuses to back down. “I’m not going to let you or anyone else turn it into something sick or sordid,” he barks, “because it wasn’t!”