Steffy isn’t giving up on her marriage to Liam in these THE BOLD & THE BEAUTIFUL spoilers, but with seemingly everyone else working against her, is there any way for her to salvage their relationship? Or has Hope actually won this time around?

Having already learned about the engagement from Hope, Steffy was already prepared when Liam arrived at the cliff house to break the news to her. Knowing how fickle her husband can be, Steffy reminds him that while he may want Hope now, he might not feel the same once she gives birth to his daughter. Also, she points out that he’s made this decision in the heat of the moment. “How can you possibly know what you want two seconds after filing the annulment papers?” she asks, tears in her eyes. But is there anything she can say or do to convince Liam that he’s making the biggest mistake of his life? 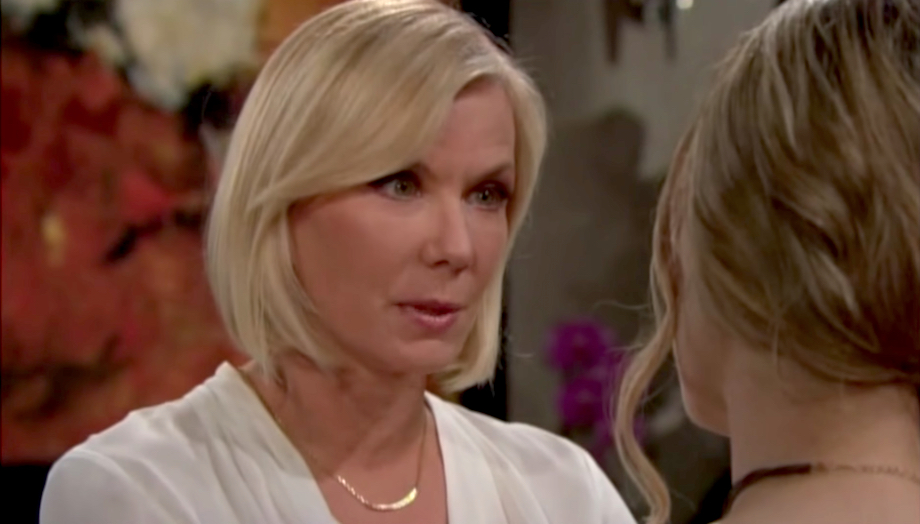 Brooke promises to fight for her daughter! (Photo Credit: CBS)

While Steffy really only has Ridge on her side, Hope has plenty of support, including her mother, who knows a thing or two about getting and keeping the man you want. “Steffy has come between you and Liam too many times,” Brooke declares. “And I’m not gonna let her do it again.” What does she have in mind to ensure her daughter gets her heart’s desire (meaning Liam)?