Two angry confrontations threaten to explode in these THE BOLD & THE BEAUTIFUL spoilers! Steffy warns Hope not to use her own baby to interfere with her and Liam’s happiness, and Sally flatly denies everything when she’s accused of a terrible crime!

Even though Liam has already told Steffy the news, Hope stops by to check on her rival and remind her that she’s now carrying his baby. “I have a child with him, too, Hope,” Steffy counters, keeping her anger in check. Now that both women are once again on an equal playing field as they battle for Liam’s heart, Steffy takes steps to make sure Hope knows she’s definitely not giving up without a fight. “Don’t interfere with my family,” Steffy warns. “In my life with Liam and our daughter.” Just how ugly will this battle become? 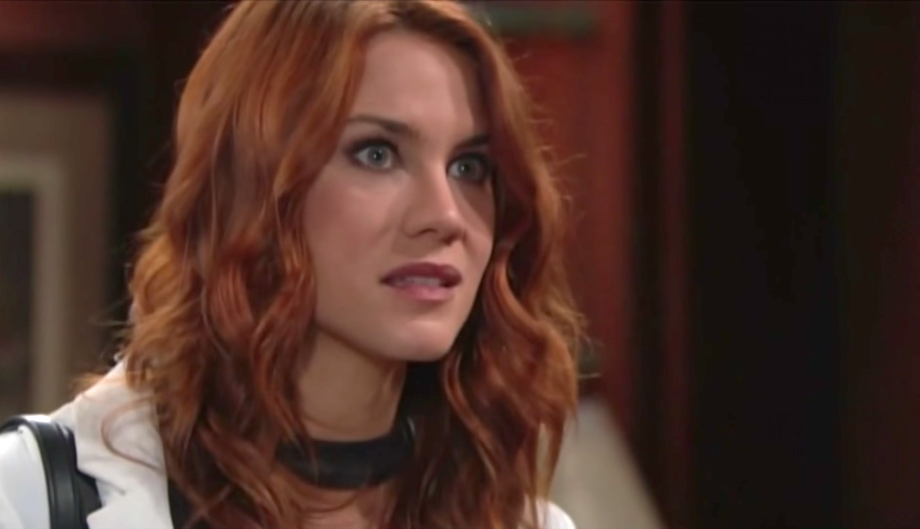 Sally is stunned by the Forresters’ accusations! (Photo Credit: CBS)

After their hired IT expert, Ken, told them that it was Sally Spectra who had made the threatening comments on the website about Hope, Thorne and Katie called her into the Forrester offices to confront her. “I had nothing to do with any of this,” Sally protests. “You’ve got the wrong person!” Since it’s unlikely Sally would jeopardize her new job by threatening Hope online, who could be setting her up? Ken did do some work for Bill Spencer in the past… just saying!

Who Is Zoe on B&B? — Meet Kiara Barnes