Taylor is back on THE BOLD & THE BEAUTIFUL and in these spoilers it looks as though she’s going to finish what she started back on that dark and stormy night! But as Steffy vows to Liam that she’ll prove he wasn’t the one who shot Bill, how will she react to learn that it was her own mother who tried to kill the guy? And that she’s trying again!

Over at Forrester, Brooke is naturally a little perturbed that Ridge called Taylor to bring her into this complicated mess with Bill, Steffy, and Liam. “I’m not surprised that Taylor is here,” Ridge admits to his wife. “I’m surprised it took her this long to get here.”

But what Ridge doesn’t realize is that Taylor did return to Los Angeles a lot earlier — in fact, she was there that fateful night when Bill nearly met his maker! Eager to confront him for sleeping with Steffy and ruining her life, Taylor took advantage of his conveniently located golden gun and impulsively shot him! And now that he’s survived the attempted murder and back home again, she’s returned to the scene of the crime — to finish the job! As she aims the gun at Bill with trembling hands, can he convince her not to pull the trigger? 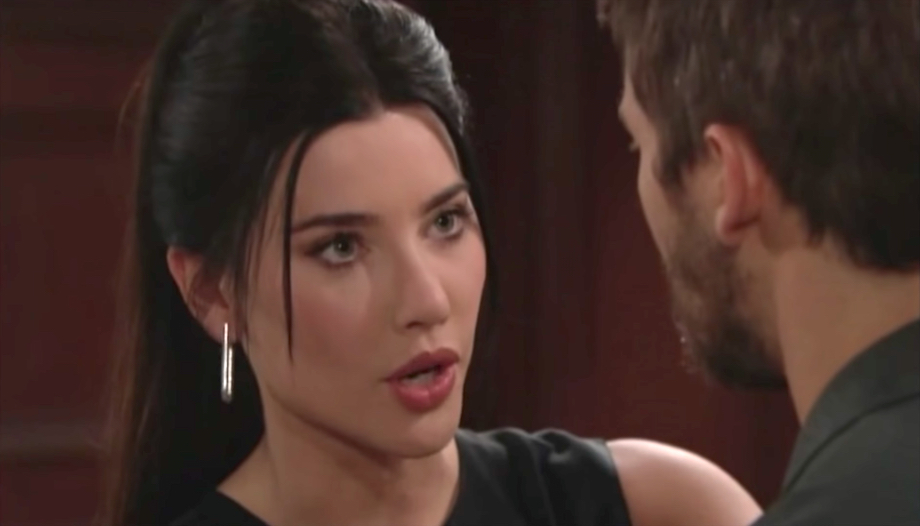 Liam continues to insist that he remembers shooting Bill, but Steffy assures her estranged husband that he’s not capable of murder. “We need to find the person who did this,” she declares. “Because I believe… I know… it wasn’t you.” Unfortunately, Steffy may regret digging for the truth when she learns that it was Taylor who tried to kill Dollar Bill!

Don’t miss this tease for today’s thrilling episode, and for more B&B previews, keep reading the CBS edition of Soaps In Depth magazine!

You Pick the Winners in our Daytime Emmy Awards Poll

What Happened to Taylor on B&B