Thomas is mad as hell and he’s not going to take it anymore in these spoilers from THE BOLD & THE BEAUTIFUL!

But it also appears that this recent shakeup in the Forrester family dynamic has given Thomas a new outlook on life. “It is time for me to look out for my future,” he declares. But is that future at Forrester, or might he seek his fortune elsewhere?

MUST SEE: B&B Casts the Next Generation of Spectras! 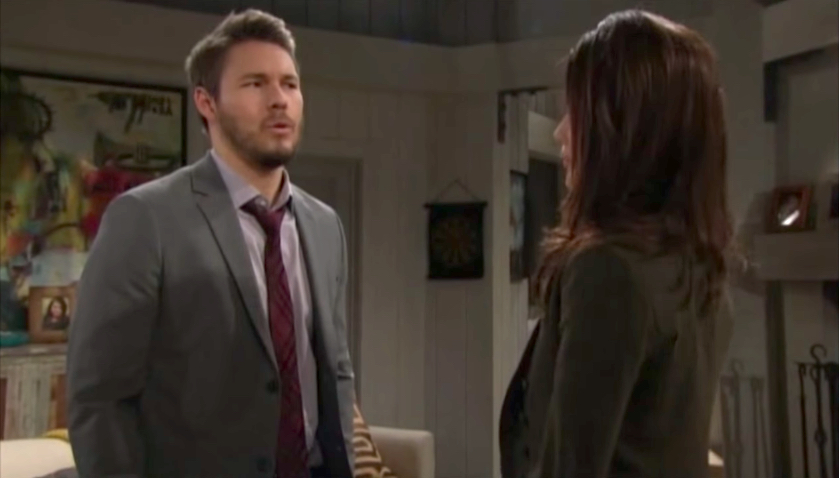 Steffy fills Liam in on the latest news from Forrester, and that she’ll be working together with Ridge as co-CEO of the company. “We’re gonna work well together,” she admits. “My dad isn’t the issue.” As soon as Liam asks who the issue is, he immediately realizes that it’s her brother. “Thomas wanted that CEO slot and he didn’t get it,” Steffy warns, “and now he’s been passed over again.”

Is there anything she or Ridge can do to keep Thomas happy or will he take his talents to a rival company to show his family what he can really do? Maybe that pretty redhead he met could offer him a job?

Check out this tease for today’s explosive episode, and for more B&B previews, keep reading the CBS edition of Soaps In Depth magazine!