The sibling rivalry between Thorne and Ridge is exploding once again in these spoilers from THE BOLD & THE BEAUTIFUL. Brooke is trying to make peace between the two brothers, but Thorne is out to prove something and Ridge seems unable to give up on the grudge they’re both carrying! Will this battle tear the Forrester family apart?

While catching up with his father, Thorne admitted that he knows what happened between Ridge and Brooke in Hawaii. But he doesn’t know all of the details, including the fact that Ridge was making moves on Eric’s wife! “Brooke is one of the most accomplished, beautiful women in the world,” Thorne declares. “Who would Ridge cheat with?” Might someone fill him in on exactly what Ridge got up to with Quinn? That would be just the ammunition Thorne needs to bring his brother down! 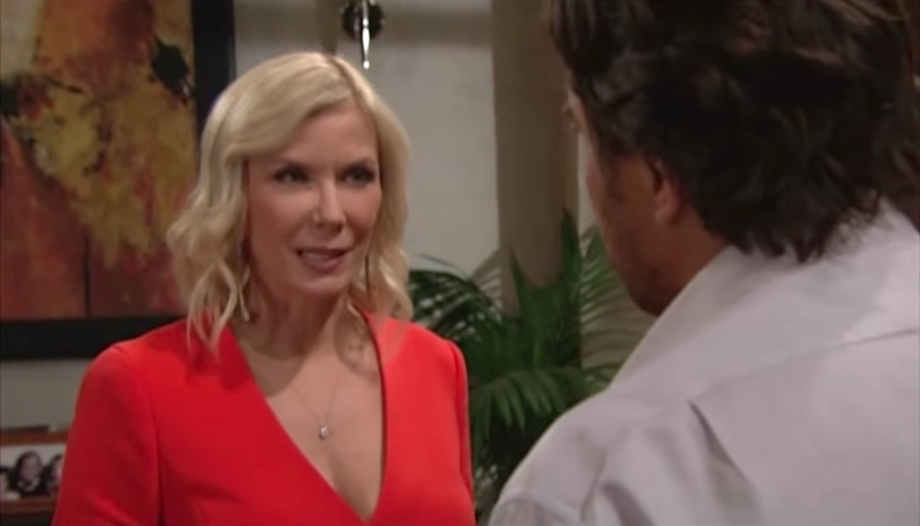 Brooke is trying to keep the peace, but is she fighting a losing battle? (Photo Credit: CBS)

Ridge wasn’t pleased to see Thorne back again, and he got even more annoyed when he found out that his little brother was staying in Brooke’s guest room. Brooke dismisses his concerns, but Ridge insists that Thorne must be up to something. “Why can’t you just be happy that he’s back?” she asks her ex. “Why does it have to be such a mystery?” Ridge sighs and admits: “Because it is a mystery! And I didn’t make it one, it is!” Is there anything that anyone can say or do to bring an end to Ridge and Thorne’s war?

A First Look at Annika Noelle as B&B’s New Hope!