Things are getting ready to explode in these spoilers from THE BOLD & THE BEAUTIFUL. Thorne finally has the ammunition against Ridge that he’s been looking for, and Quinn continues playing with fire! Who’s going to be hurt first?

Since returning to Los Angeles, Thorne has been butting heads with his older brother and wanted to know exactly why Brooke called off her wedding to Ridge. But everyone kept dancing around the truth, not willing to tell him who Ridge had been cheating with. So it was Sheila who came to the rescue, casually informing Thorne that it was Quinn who lured Ridge away. Armed with this knowledge, Thorne returns to the Forrester offices to follow up on his earlier chat. “I know how he betrayed you again,” he declares. “With Quinn.” Will knowing the truth finally allow Thorne to get the upper hand with Ridge? 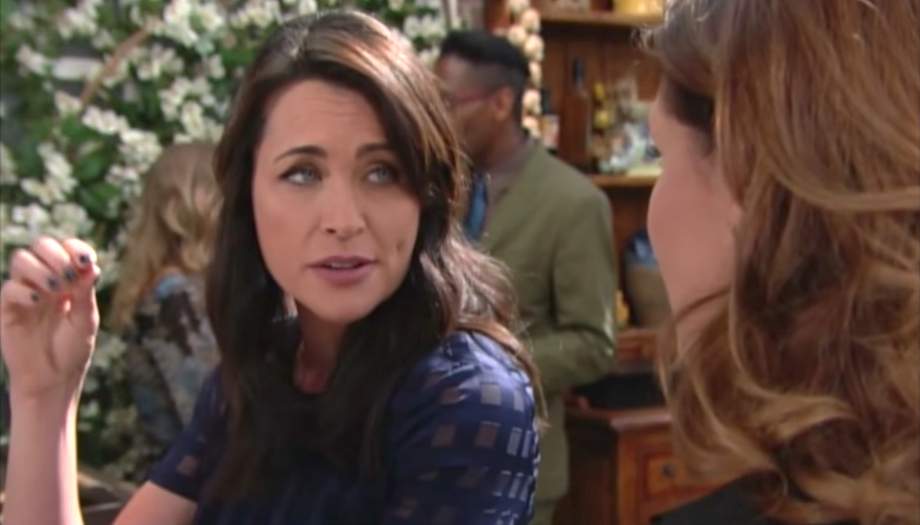 The Forresters may have thought they were rid of Sheila, but she’s been quietly continuing to work at her job at the nearby Il Giardino, keeping an eye on the family from the restaurant. But when Quinn stops by for a bite to eat, she makes it very clear that she no longer feels threatened by the villain. “I hope Ridge and Brooke are as happy as I am,” she snarks, taking a dramatic pause before adding, “with Eric.” Is this Sheila’s new plan, to manipulate the Forresters from a distance? Or is she just biding her time before she can strike again?

The Tortured Romantic History of Bill and Steffy on B&B