Honesty is supposed to be the best policy, but in these spoilers from THE BOLD & THE BEAUTIFUL, it may not get Steffy what she wants most in the world! And Wyatt is furious that Bill wouldn’t know honesty if it came up and bit him on the butt!

Steffy was overjoyed that Liam had decided to come back to her, but when he showed up at the house and confronted her about seeing Bill again, she was crestfallen. Hoping for the best, Steffy was honest, admitting that Bill had sold her the house and he had also hugged her. But just how much truth his she willing to tell in order to convince Liam she can be trusted? “The person who put a bullet in your father’s back,” she confides, “has everything to do with us.” Will she actually tell Liam that Taylor was the one who pulled the trigger and tried to kill Bill? 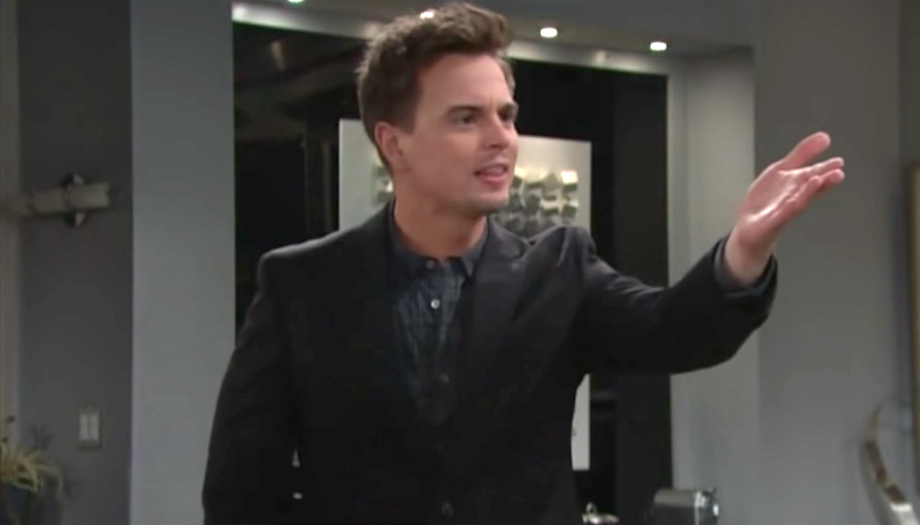 Wyatt shouldn’t be surprised at how low his father is willing to sink! (Photo Credit: CBS)

Unaware of what’s transpiring between Steffy and Liam, Ridge returns to Brooke to share the happy news that Liam has chosen HIS daughter, not hers. “I talked to Liam,” he reports with a smile. “He’s going back to Steffy.” Might not want to count those chickens until they’re hatched, Ridge!

Meanwhile, having done exactly what Bill hoped he’d do — namely, running to Liam to tell him Steffy was still having an affair with Bill — Wyatt returns to Spencer Publications to lay into his father. “You’ve been carrying on with your son’s pregnant wife!” he yells. “And you’re not even the least bit sorry about it!”