With all the other drama going on, it’s been a while, but Wyatt finally confronts Quinn in these spoilers from THE BOLD & THE BEAUTIFUL! And just when Quinn was feeling like she was winning for once… against Sheila, anyway, who has no idea the tables have been turned on her!

After Quinn burst in on Wyatt and Katie in bed together, she read them the riot act, but then Wyatt was too caught up in everything that was going on with Liam and Bill over at Spencer Publications to really give this matter the attention it deserves. But now he’s finally ready to confront his mother over her wildly inappropriate actions. “You cannot — and will not — do anything like that ever again!” he warns. “Ever!” Quinn certainly has enough else to worry about, but can she really approve of Wyatt hooking up with Katie, of all people? 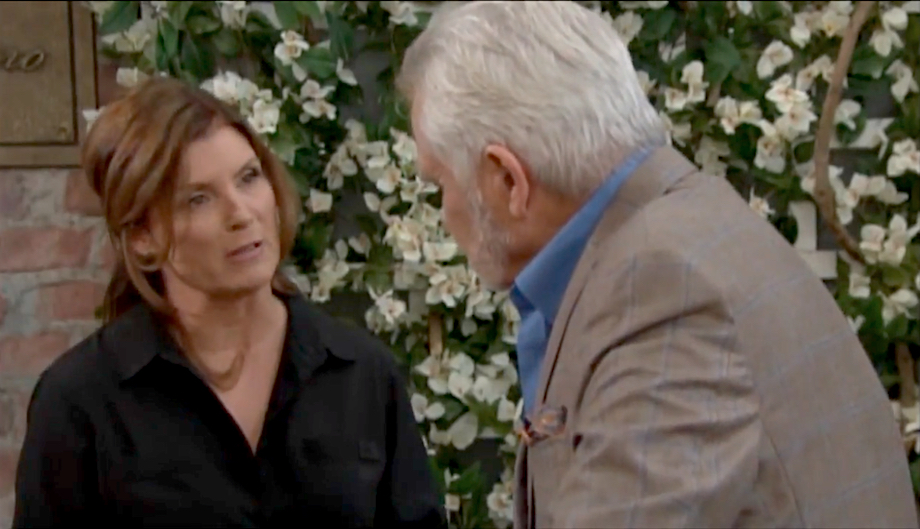 Sheila would do plenty of horrible things to Eric, but cheat on him? (Photo Credit: CBS)

Believing that Mateo has slept with Quinn as she’d paid him to do, Sheila is delighted to break the news to Eric that his wife has cheated on him yet again. Of course, these things must be done delicately. “Instead of accepting the love of a wonderful man,” Sheila sighs, “she took that trust and she just threw it right back in your face.” But will Eric believe a single word that Sheila has to say? One thing’s for sure, when he finds out about this latest scheme, that’ll be the end of any kind feelings he might still have for his ex-wife!

Katherine Kelly Lang Tells Us Brooke “Needs to Be Alone”