Liam has agreed to move out of the hotel, but not everyone is thrilled about his new living arrangements in these spoilers from THE BOLD & THE BEAUTIFUL. Is he making a fresh start for his future or a big mistake?

Liam accepted Hope’s invitation to move into the cabin on Brooke’s property, but that arrangement still puts him a little too close to Hope for Wyatt’s comfort. “Are you moving in with Hope?” he asks his brother. But after Liam explains exactly what the situation is, Wyatt is still worried that he’s just making things worse. “Your wife is not gonna be happy about this,” he warns. But the question is, does Liam still care what Steffy thinks at this point? 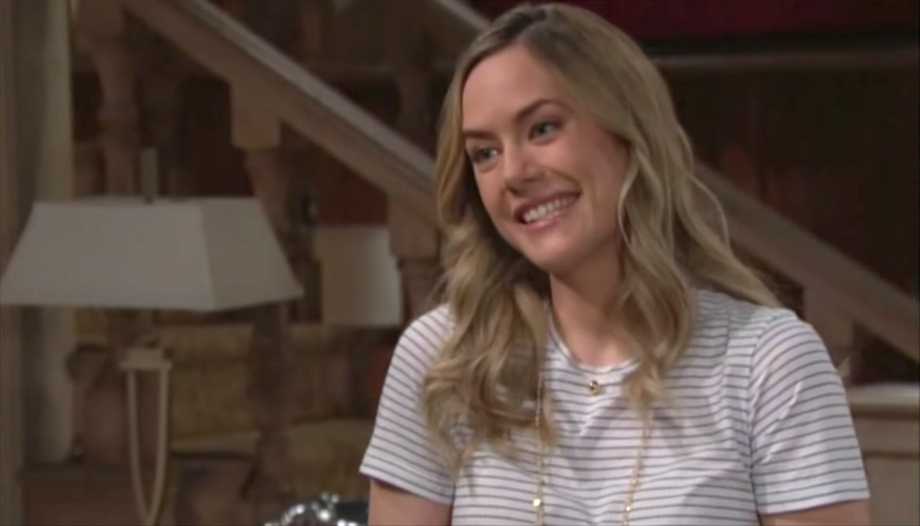 Is Hope living in a fantasy land? (Photo Credit: CBS)

It seems like Hope’s efforts have finally paid off and she’s gotten Liam away from Steffy. “This feels like the start of something really positive,” she exclaims with a beaming smile on her face. But will it be a case of “out of sight, out of mind” where Steffy is concerned? “I would really like to be the woman in his life,” Hope confesses. That’s been clear for a while now! Although she initially declared she was over Liam and supported his marriage to Steffy, she eventually showed her true colors and has pulled out all the stops to win him back. But how far is she willing to go?