Zoe’s presence is finally exposed in these THE BOLD & THE BEAUTIFUL spoilers, but her plans aren’t! How much longer will she be able to get away with her scheming before she’s found out? Hopefully before Sally’s reputation is beyond repair!

At the Forrester Creations studio, Zoe was hiding and spying on Emma and Xander sharing a kiss as her jealousy bubbled up inside. And now the exes come face to face, and Xander is stunned to see that Zoe has followed him all the way from England! “Why are you here, Zoe?” he asks, shaking his head. Zoe smiles excitedly as she replies, “To see you, of course.” While Xander knows exactly what his obsessed ex is capable of, she promises she’s just there to make up for what happened between them. “How am I supposed to apologize if you won’t even let me talk to you?” she complains. Will he even give her a chance to try to explain or just show her the door? One thing’s for sure, he definitely doesn’t want to get on Zoe’s bad side! 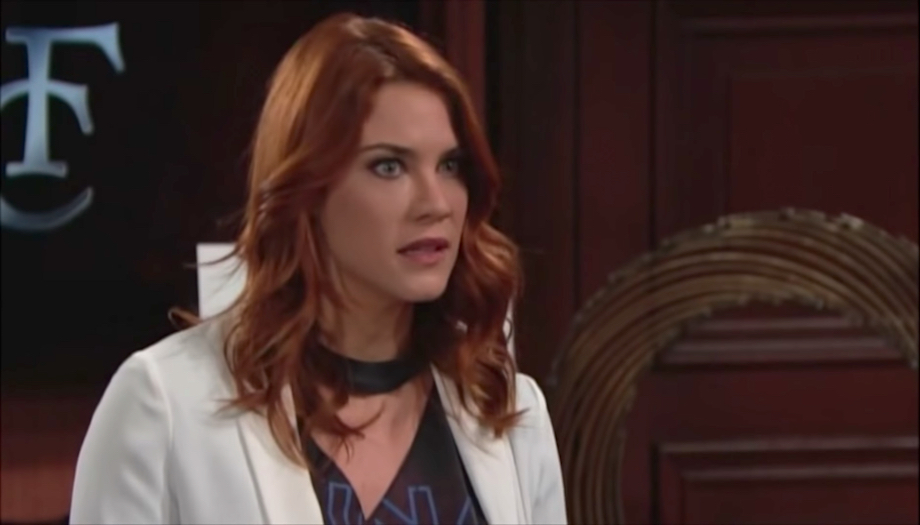 Sally is desperate to prove her innocence! (Photo Credit: CBS)

Unfortunately, Zoe’s plans to ruin Emma have had the unfortunate side effect of ruining Sally’s new attempt at a design career. As soon as Thorne and Katie tracked the threats being made against Hope to Sally’s laptop, they fired her. The redhead has insisted she’s innocent, but without evidence or another suspect, that’s basically all she’s able to do right now. “I don’t know to explain it but I swear I didn’t threaten anybody!” she protests. The question is, can she get anyone to believe her? Or will they have to wait until Zoe’s schemes are finally revealed?

Jacob Young Shares an Update on His Ankle Injury