Everyone confronts Zoe but in these THE BOLD & THE BEAUTIFUL spoilers, she insists she’s completely innocent. Can she convince anyone she’s telling the truth? And meanwhile, Liam comes to a realization of his own about his future.

Wyatt managed to stall Zoe at the beach house until everyone else arrived, and Sally accused her of using her computer to send threatening messages while Emma accused her of stalking her! But Xander’s obsessive ex somehow manages to keep her cool. “I might be a jealous, rejected girlfriend,” Zoe argues, “but a stalker? That’s absurd.” Will anyone buy what she’s trying to sell or will they see right through her? Xander knows what Zoe’s capable of, but might even he be underestimating her? 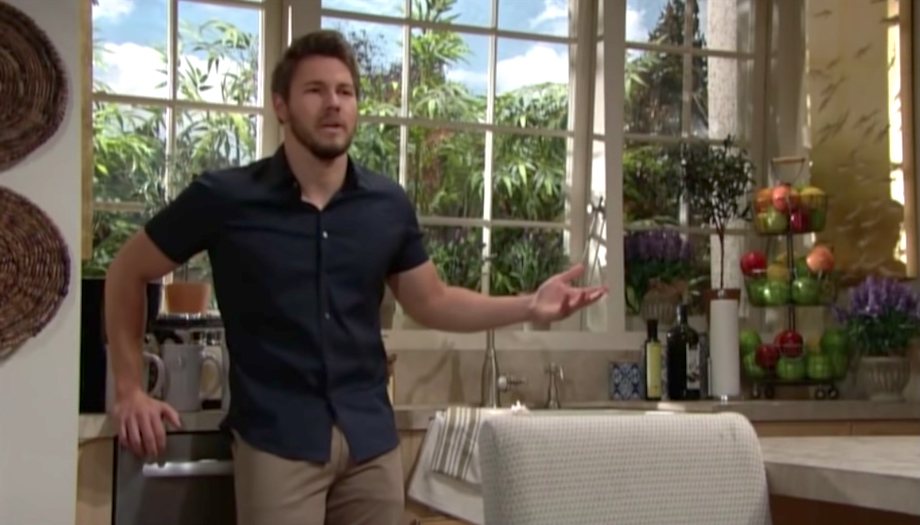 Liam realizes he should have seen this coming! (Photo Credit: CBS)

While all that drama is going on, Liam takes some time for some self reflection and opens up to someone about the complicated situation in which he’s found himself. Now that he has a daughter with Steffy, the fact that Hope is now pregnant with another of his children has thrown everything topsy-turvy. “It never even occurred to me that Hope could get pregnant,” Liam sighs, before quickly adding, “and in retrospect… of course it should have.” It’s almost as if Liam has figured out he’s living in a soap opera where these kinds of things happen all the time! The only question is, how is he going to manage to keep both Steffy and Hope happy? Is that even possible?

Steffy or Hope? — We Know Who Liam Should Pick!

Who Is Zoe? — Meet Kiara Barnes