With Zoe back in his life, Xander is worried about what his obsessive ex will do next in these THE BOLD & THE BEAUTIFUL spoilers. Can anyone stop her before she does something deadly to her rival, Emma?

Zoe continues to plant herself in locations around town where she can conveniently run into Emma. This time, it’s at the Bikini Bar, where the two share a drink and Emma continues to dig for dirt about Xander, questioning Emma’s relationship with him… while not letting on that he’s her ex, naturally! When Emma’s phone rings, Zoe snatches it up and sees who’s calling. “Looks like someone’s boyfriend is trying to get a hold of you!” she teases as Emma tries to laugh it off. The question is, just how dangerous is Zoe? Could she be so desperate to have Xander for herself that she would follow through on her online threats against Emma and actually do something to hurt her? 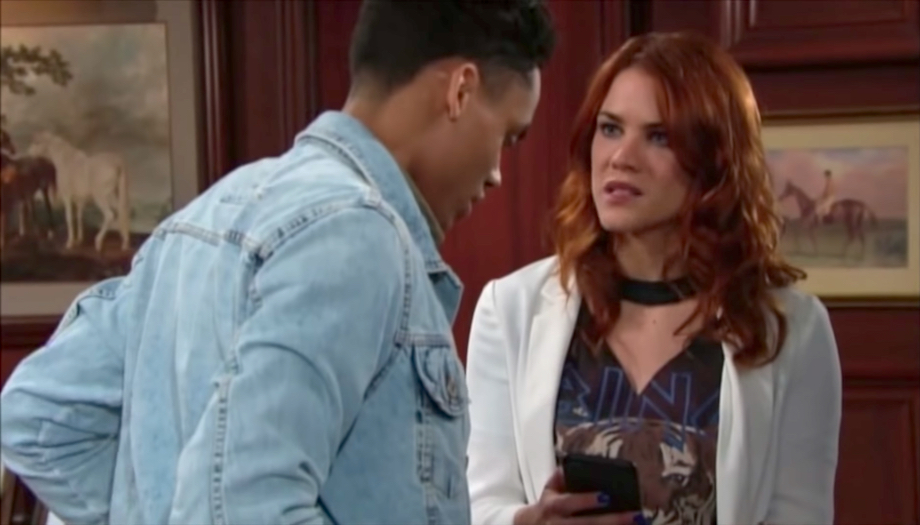 Seeing a photo of Zoe on Xander’s phone, Sally immediately recognizes the young woman. “Oh my God!” she exclaims. “It’s Zoe!” Xander is stunned to find out other people have run into her. “You know her?” he asks, concerned. Sally nods and explains: “Yeah. She’s been painting at Wyatt’s beach house.” Then later, Sally makes a call to issue a warning about the unstable newcomer. “We think she’s the one behind the threats on the Hope for the Future website,” she reveals. Can they keep Zoe from doing something crazy?

Nia Sioux Gets “The Stephanie” in Soap Opera Orientation for B&B!