Liam has decided to give up on their marriage, but Steffy begs him to stay in these spoilers from THE BOLD & THE BEAUTIFUL. Has too much damage already been done? Meanwhile, Hope wants to offer her ex a shoulder to cry on, but Sally has that job already taken care of!

Liam has wanted to be a dad so much that he has decided that he will still be there for his child when it is born, but he can’t stay with Steffy after she betrayed him by sleeping with his father. But Steffy tearfully insists that they can still be one big happy family. “We can do it, Liam,” she declares. “We have to.” But at this point, it doesn’t seem likely that Liam will want to have anything to do with her anymore aside from brief discussions about what’s best for their child. He also wants nothing to do with Spencer, but Bill isn’t going to let his family fall apart that easily. “This is not the end of the Spencers,” he vows. 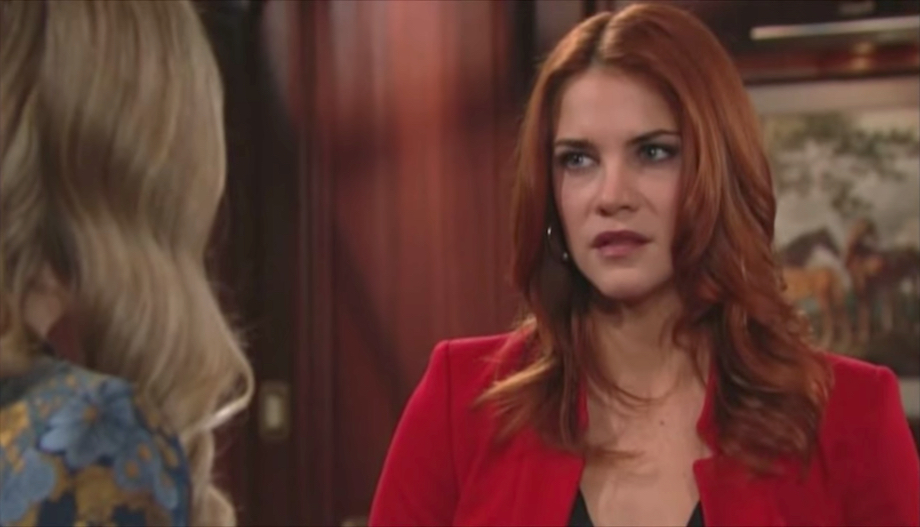 Sally was excited to meet Hope as she was a big fan of her Hope for the Future line, but after discussing Liam’s marital difficulties, she balks when Hope wants to help her ex. “You’re seriously not going to tell me where he’s staying?” Hope asks, surprised. Sally shakes her head casually as she declares: “No. I’m not.” Sally was more than happy to open up about Liam’s trouble with Steffy that caused him to move into a hotel, but it looks like that’s where it stops! Although knowing Hope, she’s probably not going to let that stop her!