On THE BOLD & THE BEAUTIFUL, Steffy and Sally are bitter rivals, but in reality, portrayers Jacqueline MacInnes Wood and Courtney Hope are the best of friends, and they were delighted to sit down together for a special Facebook Live where they answered questions from the fans. The pair discussed their on-screen catfights, previewed big drama to come, and somehow managed to get into another cake fight!

A relative newcomer to daytime, Hope admitted that she’s still getting used to the industry, and flashing back to her first scene on the soap with Pierson Fodé (ex-Thomas) and Rome Flynn (ex-Zende) led her to recall her initial scene with Wood. “My first scene with you was a lot of fun,” she declared. “A lot of cake fight. I was actually really nervous, but it was a lot of fun.” Wood laughed as she added: “Oh yeah, I remember that day. Oh my God, it was so much fun. Because we had to do basically one take. Because it will get all in your hair and everywhere.” Then she revealed: “I had to go to the airport right afterward, and I had all the cake in my hair and everything!” 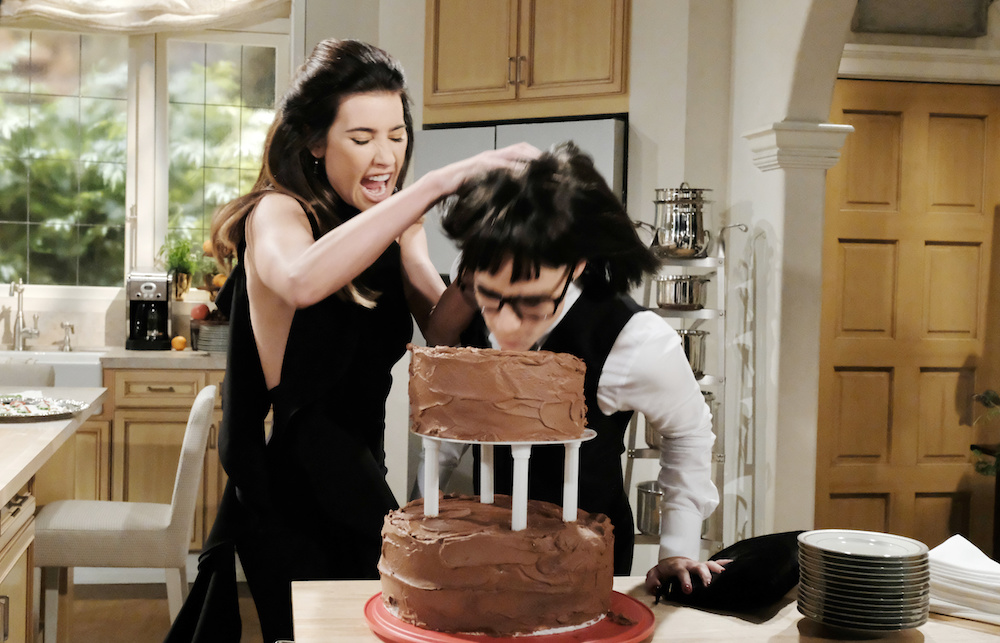 ”How does it taste?” (Photo Credit: ChrisD/jpistudios.com)

Both actresses admitted that the catfights between Steffy and Sally are their favorite scenes to film. “I always think it’s funny because we’re friends in real life,” Hope confided, “and so it’s like we totally get into it and we’re in the moment and at the end, it’s like…” Wood cut in to finish: “Oh yeah, we get so in it and then we like, snap out of it!”

Asked by a fan how long they usually work each day, they both agreed that it varied depending on what they’re shooting at the time, and Hope admitted she was at the studio until nearly midnight the previous day. “We had a big day yesterday,” Wood revealed. Added Hope: “We had a really big week, actually. I can’t wait for you guys to see it, though. I’m so excited. You guys are gonna love it.” 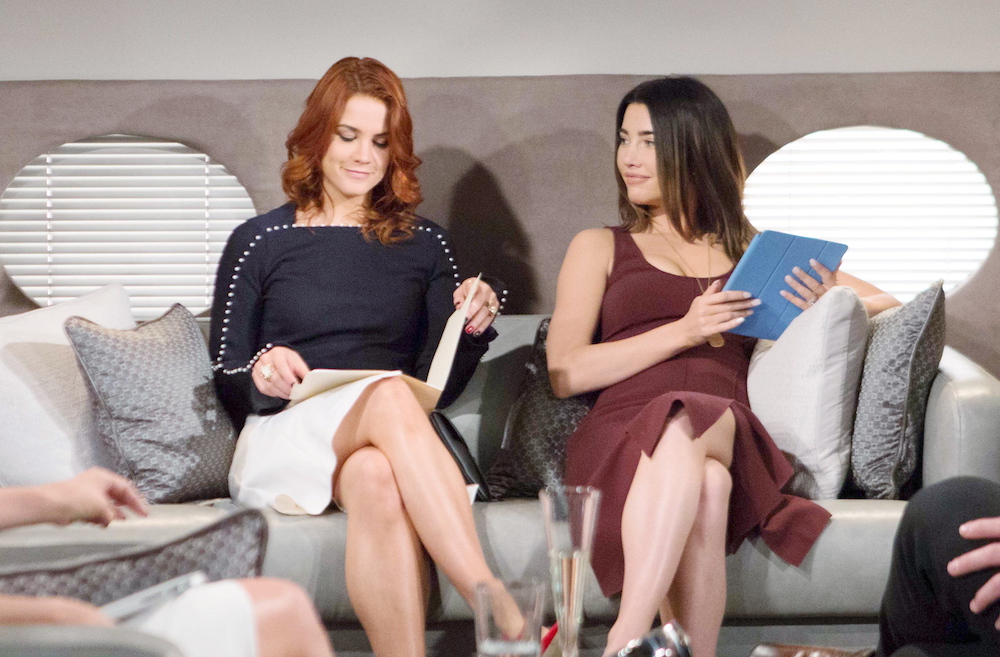 ”If we team up, we’d be unstoppable!” (Photo Credit: Howard Wise/jpistudios.com)

Despite their alter ego’s rivalry, Hope expressed her wish that one day the two powerful women could eventually be friends. “I think both of these characters are feisty, sassy girls, which is so much fun,” agreed Wood. “But we have these moments where they say, ‘We could be friends if it weren’t for X, Y, and Z…”

The daytime stars also had some words of wisdom for staying strong and being confident in yourself. “Hey, we’re all girls,” Wood admitted. “We all have those insecure moments. It’s normal. I think as you get older, you start to just own it and you’re like, ‘This is me.’” Hope concurred and revealed that she tries to think about the other person. “I feel like if I’m being judged, it’s not me,” she advised. “It could be them, so let me just try to be the best person I can be and let it slide off my back.”

“This is the difference between Jacqui and Courtney and Steffy and Sally,” laughed Wood. “Because Steffy would just punch someone in the face if they stepped up to her!” Wood giggled and interjected: “And Sally would be like, ‘Where’s the cake?!’” 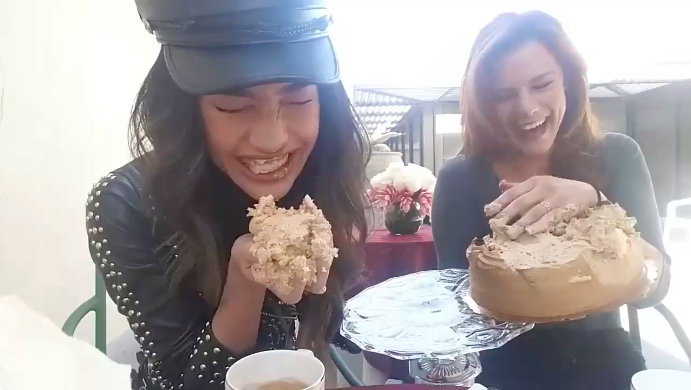 Their chat with fans ended with Wood bringing out the tiramisu that Hope had brought and grabbing a fistful of cake to eat. Unfortunately, it slipped off the tray and nearly fell into her co-star’s lap! Luckily, Hope only joked about starting a full-on food fight… although who knows what happened after the camera was turned off!

Steffy and Bill’s Sordid Past on B&B Revealed!