Hope and Liam’s wedding has hit a major snag, but in these THE BOLD & THE BEAUTIFUL spoilers, can she get things back on track? Or has the damage already been done?

Hope is stunned as Liam explains how Bill set up Wyatt to think that he and Steffy were still having an affair so he would run to Liam with the news, causing them to break up. “My dad wanted to destroy my marriage so that he could have Steffy,” Liam mutters. But while Liam’s decision to leave Steffy and walk down the aisle with Hope was based on a lie, she assures her husband-to-be that her feelings haven’t changed one bit. “My answer,” she says with tears in her eyes, “is still yes.” But can Liam really go through with marrying Hope knowing that Steffy didn’t really betray him? 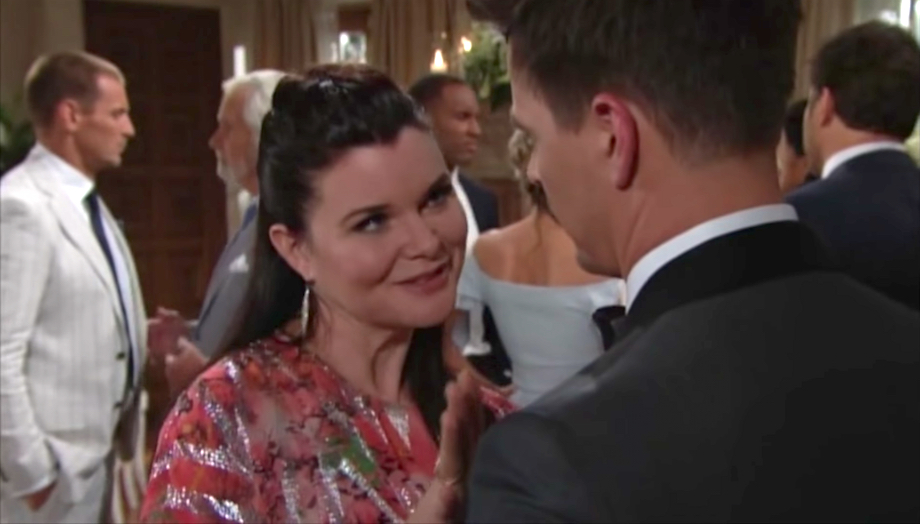 A tremendous weight has been lifted off Wyatt’s shoulders, but he’s not out of trouble yet! (Photo Credit: CBS)

After Wyatt confessed the truth about Bill’s awful scheme to Liam, he returned downstairs to let the bride and groom hash things out. “I don’t know if it’s the flowers or the candles,” Katie smiles, “but you seem to have gained a little… luster.” She probably won’t be very happy, though, to learn exactly why Wyatt looks so much better. Telling the truth has given Liam a new lease on life, but it could destroy Wyatt’s future completely when Bill catches wind of his betrayal!

Should Taylor Make Another Play for Ridge? – Vote Now!

Hope or Steffy? — We Know Who Liam Should Choose!