With Katie and Wyatt’s relationship finally underway officially, THE BOLD & THE BEAUTIFUL thought it was the perfect time to have stars Heather Tom and Darin Brooks weigh in on their new storyline and field questions from the fans on Twitter. They covered everything from the couple’s “smush” name to what will happen when their secret affair is exposed and everything in between!

The actors both declared that they were thrilled to learn that their characters would be paired together in a new storyline. “I was totally on board,” said Tom. “Katie had been on a man-less island — about time she sailed off!” And Brooks admitted he was just excited to work with his co-star more. “Heather is the best and super talented,” he proclaimed, “so I was looking forward to it!” 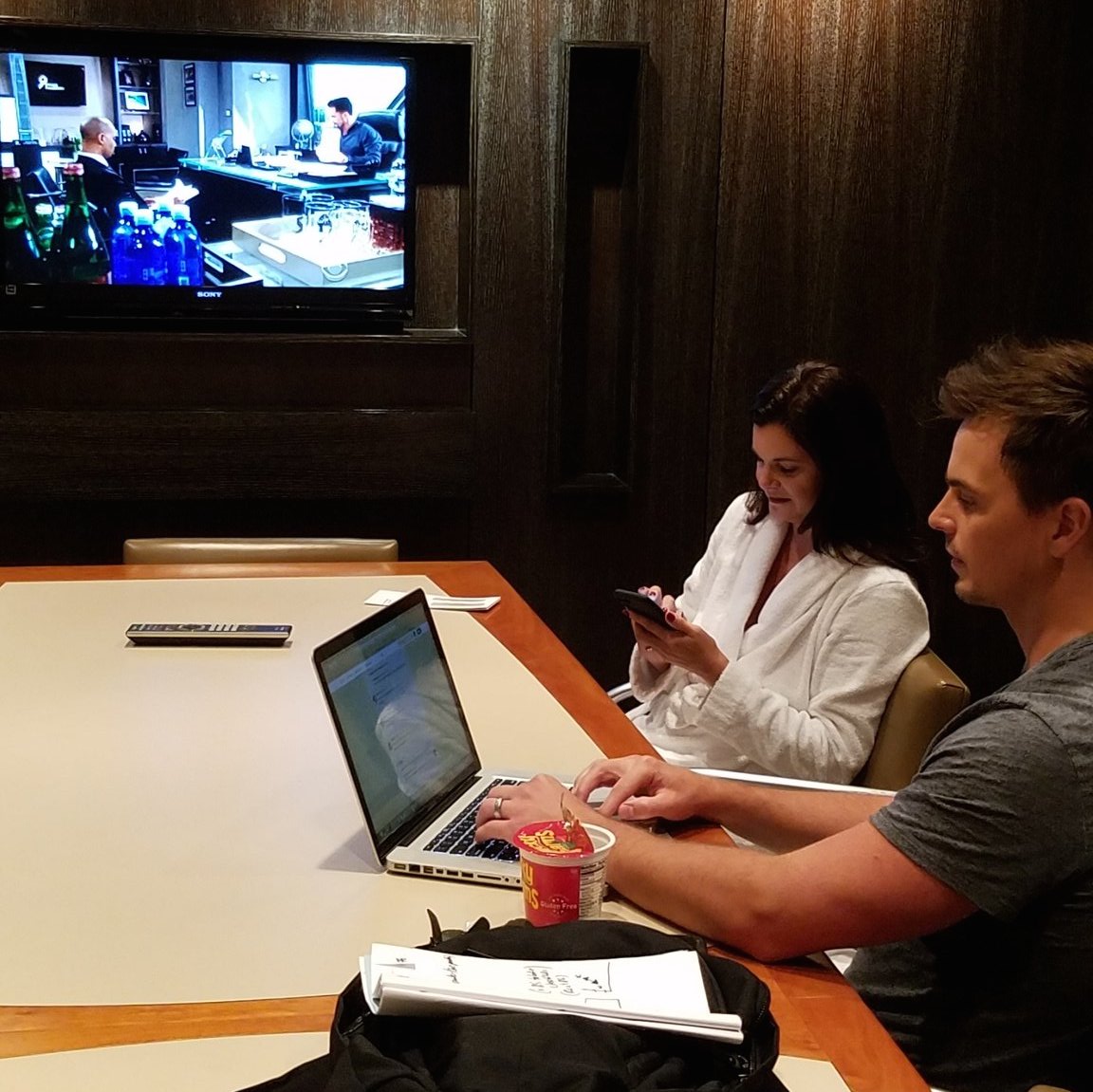 Tom and Brooks tweeting along with B&B in the studio’s conference room. (Photo Credit: Twitter)

MUST SEE: B&B Alum Jennifer Finnigan Had the Most Beautiful Baby Shower

Of course, the couple’s nickname is still up for debate with some suggesting “Watie” and others “Kwyatt.” “They’ve come up with ‘Kyatt,’” admitted Tom, “but I’m not sure about that…” So Brooks asked Twitter: “Hmm… any suggestions, people?” Katt, maybe?

Asked how this pairing differs from the previous relationships her character has had in the past, Tom actually went all the way back in her daytime career to when she played Victoria on THE YOUNG & THE RESTLESS! “Well, everyone going back to Scott Reeves (ex-Ryan) was at least 10 years older than me!” she revealed. “Not anymore!”

MUST SEE: Rome Flynn Confirms His Exit From B&B and Shares a Heartfelt Message With Fans 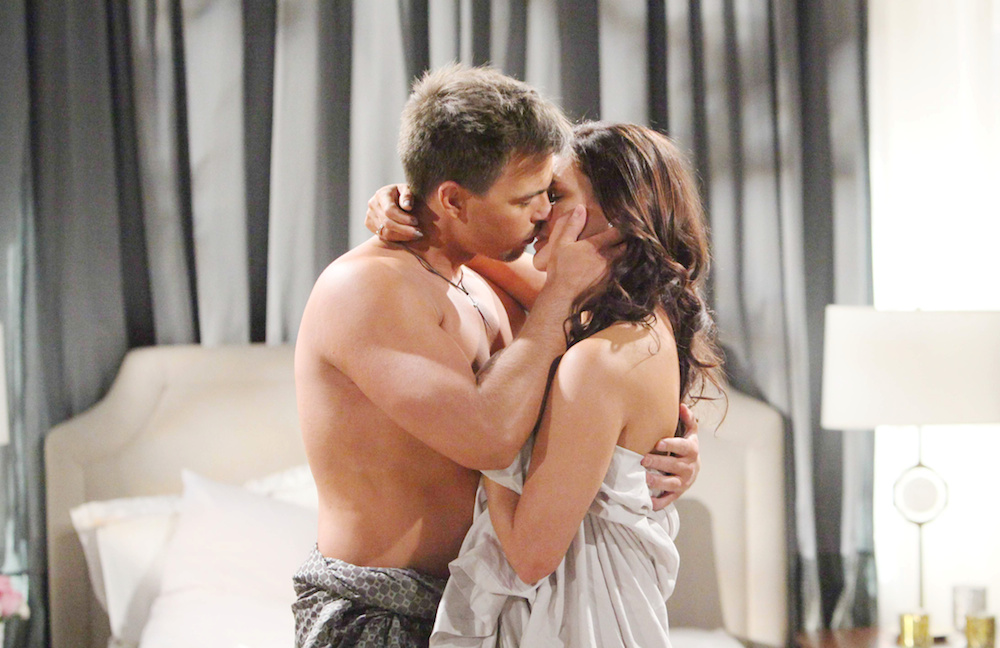 Wyatt and Katie take their relationship to the next level! (Photo Credit: Howard Wise/jpistudios.com)

Asked to compare Wyatt to his father, Tom took the high road and responded: “Love the one you’re with!” But she did see another advantage to her new lover over her last one. “He hasn’t been with Brooke,” she joked, “so that’s a plus!” Careful — don’t go giving the writers any ideas!

Wyatt and Katie are trying to keep their new relationships under wraps for the time being in order to protect it, but since this is a soap opera, secrets are bound to come out, and often when it’s most inconvenient! The couple isn’t necessarily keeping things on the down low because Wyatt is now sleeping with his former stepmother, but that’s certainly going to make things super awkward when the truth is revealed! “It’s a fun storyline,” Brooks teased. “Can’t wait for Bill and Quinn to find out!” Promised Tom: “Just you wait! Kaboom! So much fun coming up!” So stay tuned!

For more from your favorite B&B stars, keep reading the CBS edition of Soaps In Depth magazine!

Eric’s Most Memorable Romances on B&B