There have been some big changes behind the scenes over at THE YOUNG & THE RESTLESS! Headwriter Sally Sussman and story consultant Kay Alden are retiring from the business, and will be replaced by the current executive producer, Mal Young! “Adding to his current responsibilities, Mal young will be stepping into the role of headwriter of Y&R,” Sony Pictures Television said in a statement. “He has made incredible contributions to the show since joining the team of daytime television’s number one drama.”

Sussman and Alden joined Y&R in December of 2016, although Alden had previously worked on the soap in various roles since the ‘70s, serving as headwriter from 1998-2006. She also served as a story consultant on the ABC soaps ALL MY CHILDREN, ONE LIFE TO LIVE, and GENERAL HOSPITAL from 2006-07 before joining the writing team at THE BOLD & THE BEAUTIFUL. During her years in the business, Alden earned numerous Daytime Emmy Award nominations and took home the trophy four times.

Sussman also worked as a writer for Y&R back in the ‘80s, and created the short-lived NBC soap GENERATIONS in 1989 as well as working as headwriter for DAYS OF OUR LIVES in the late ‘90s. She has also racked up many Daytime Emmy nominations and has one win for her work on Y&R in 2006. 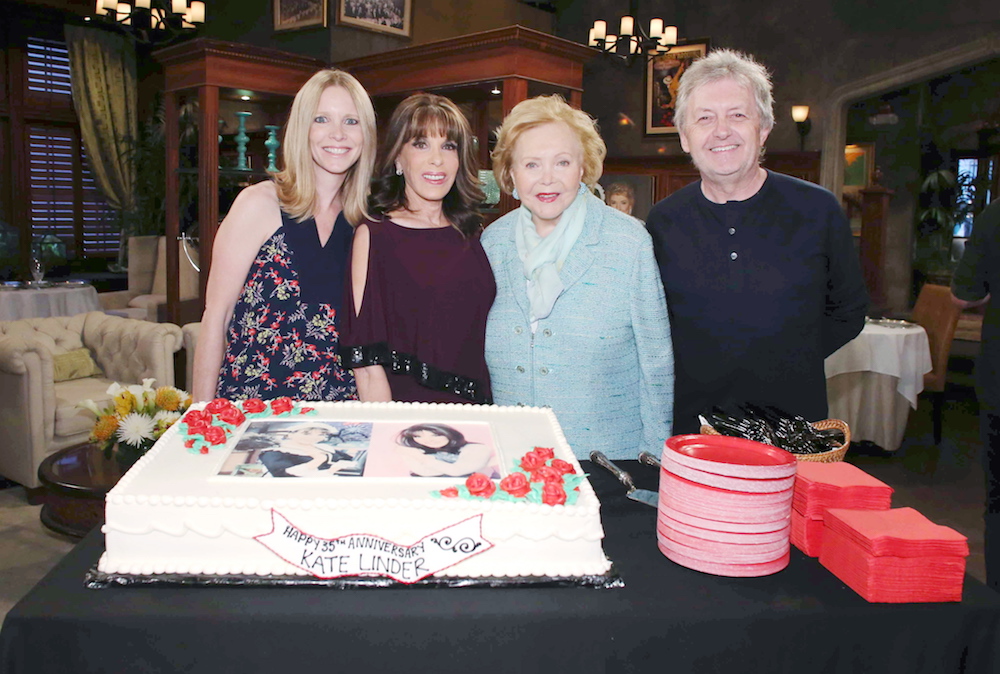 Young joined the staff of Y&R in early 2016 as a supervising producer, stepping up to executive producer in July of 2016 when he replaced the departing Jill Farren Phelps. His previous career was in British television working on UK soaps like EASTENDERS, DOCTORS, CASUALTY, and HOLBY CITY. “Standing on the shoulders of giants,” Young tweeted after the news was announced. “Exciting times.”

The actors are also excited about their new headwriter and the changes behind the scenes. Doug Davidson (Paul) took to Twitter to share his feelings.

Incredibly encouraged about changes that have occurred today. Mal Young has the taste, smarts, and talent to move our beloved show forward.

Fans of the soap are also optimistic about the future of Genoa City under the new regime, and Young has used social media to assure them the best is yet to come. “Character-driven storytelling is always the way to go,” he declared. “I love our fans’ passion. I don’t take the responsibility of 44 years of legacy lightly. We’re all in this together.”

There are no details yet regarding exactly when Young’s first episodes as headwriter will first air, but as soon as we have that information we’ll be sure to let you know!

The End of Y&R’s Kevin and Chloe