Families are falling apart in these spoilers from THE YOUNG & THE RESTLESS. And there’s one family that may never be reunited if Tessa can’t help rescue Crystal from the prostitution ring she’s caught up in!

Lily has been trying to stay on her feet since splitting up with Cane and throwing him out of the house. But her relationship with their kids has been strained ever since. And even though it was Cane who cheated and ruined their marriage, Lily is the one now getting heat from her daughter! “He gave you flowers, Mom,” Mattie cries. “You just kicked Dad out and you’ve already got a new boyfriend?” Can Lily assure her daughter that there’s nothing to worry about?

MUST SEE: Beth Maitland Is Back on Y&R in October! 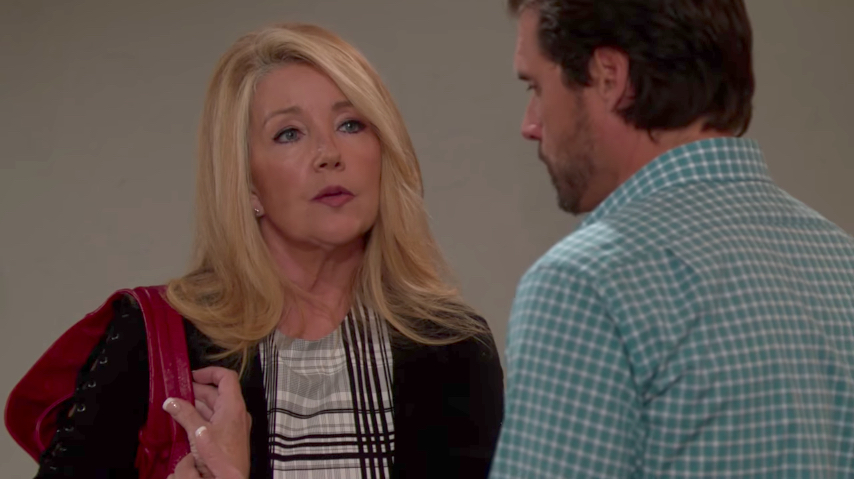 MUST SEE: Melissa Ordway Reveals She’s Having a Baby Girl!

Chelsea convinced Nick that it was a good idea to let Faith visit Victor like she wanted to, but Nick is still at odds with his father, and it’s going to keep getting uglier if someone doesn’t step in and try to put a stop to it. Enter Nikki, who confronts her son about using Faith as a bargaining chip. “Are you determined to keep that little girl away from her grandfather?” she asks.

Mariah brings Tessa to the police station where they find Sharon with Paul. “Tessa has information on Crystal,” Mariah reveals. Sharon looks to Paul as he wonders if this could be the break in the case they’ve been hoping for. But will Tessa have enough to give them that could help the cops bring Crystal home safely?