The Newman family dinner takes an unexpected turn in these spoilers from THE YOUNG & THE RESTLESS!

Having convinced Chelsea to attend the family gathering with him, Nick finds himself in a private moment with the beauty and the two steal a tentative kiss. Unfortunately, Nick and Chelsea aren’t as alone as they think — Faith is standing in a doorway nearby and has seen the whole thing! How will the little girl react to her dad starting a relationship with another new woman? 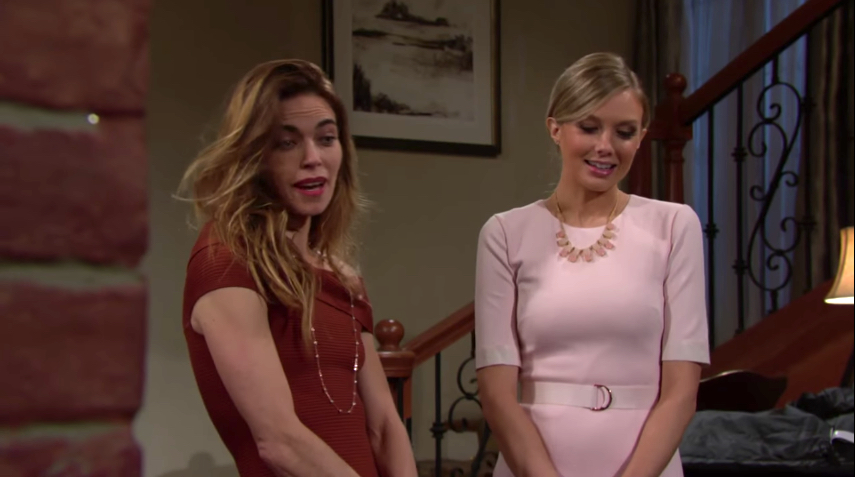 As everyone gathers for dinner, Victoria needles Abby. “You can rest well knowing that I won’t be coming after your job at Newman,” she jokes. “Or will I?” As Victoria smiles and walks away, Abby’s face falls. Is Victoria getting power-hungry after taking over Brash & Sassy, or is she really just kidding around?

At the hospital, Colin demands to see Jill, ordering Billy to get out of his way. But Billy isn’t letting the con man anywhere near his mother, still considering his theft of her money to be the trigger for her near-fatal heart attack. “This marriage is over, okay?” Billy yells. “She is done with you!” Because even if Colin does genuinely care about Jill, it seems pretty likely she doesn’t want to give him a second thought right now!