Nick’s heart will be shattered into a million pieces in these spoilers from THE YOUNG & THE RESTLESS. Betrayed by the woman he loves, Nick’s world explodes when he learns the awful truth about Christian’s real father. Might Sharon be the one to help Nick heal?

Chelsea stunned the Newman family by skipping town with her boys, but eventually came to her senses and decided to leave Christian in Genoa City and only take Connor with her on the run. Is this the last that Nick and everyone else will see of the beauty? “Chelsea has the skills to disappear,” he laments. But at least she left Christian with his father… or so he thinks! What Nick doesn’t realize is that Chelsea has been keeping the boy’s true paternity a secret for his entire life, and while the truth has been slowly spreading around town, he’s practically the last to know! 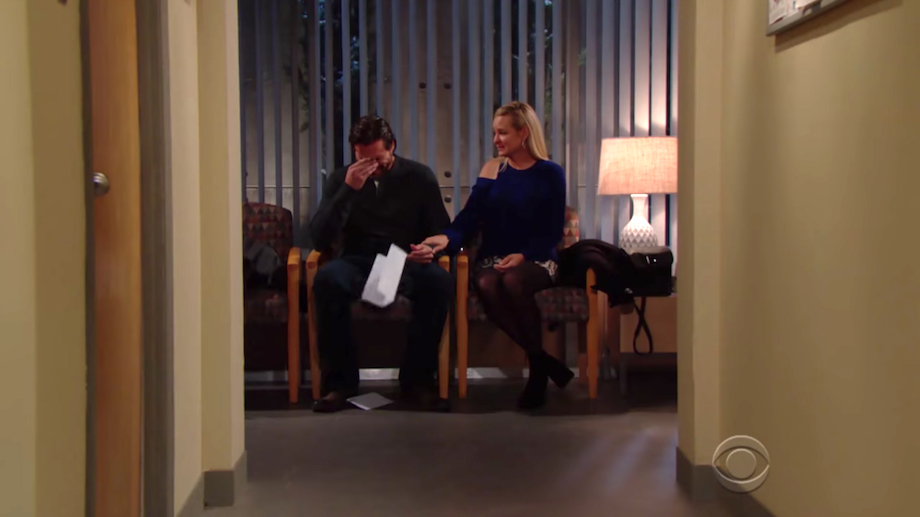 Sharon is there for Nick when he learns the heartbreaking truth about Christian. (Photo Credit: CBS)

But Sharon wants to change all that by telling Nick the whole story. “Nick is shattered,” Phyllis reminds Sharon. “He just lost the woman he loved. And you want to drop the bomb?” But Sharon is determined to do the right thing and stop lying to her ex-husband. Once she’s out of the hospital, Sharon decides to come clean. “You’re not his father,” she reveals. Stunned, Nick has to confirm the news before he can do anything else. “I need my own answers,” he insists to Phyllis. And later, at the hospital, Nick reads the test results and his heart just breaks. The papers slip out of his hands and he falls into Sharon’s comforting arms as he sobs. How will he find the strength to go on?

Don’t miss this tease from the emotional week to come, and for more Y&R previews, keep reading the CBS edition of Soaps In Depth magazine!

Kristoff St. John Shares Pics of the New Woman in His Life